Schoolhouse Rock Live, a City Repertory Theatre production, in two shows at the Flagler Auditorium, 5500 State Road 100, Palm Coast, 1 and 7 p.m. The 1 p.m. show is sold-out. Schoolhouse Rock Live! is one of musical theatre’s brightest and most innovative shows. Based on the Emmy Award-winning 1970s educational animated TV series, Schoolhouse uses the familiar songs from the cartoons to teach grammar, math, science, history, social studies and political science while telling the story of Tom, a young teacher nervously anticipating his first day on the job. Schoolhouse Rock Live! Junior delivers hit after hit to the delight of audiences and performers of all ages. Book tickets here. See the preview: “Pay Attention, Class: CRT’s ‘Schoolhouse Rock!’ Is In Session at Flagler Auditorium.”

Notably: Joe Louis won the World Heavyweight Championship on this day in 1937, knocking out James Braddock in the eighth round in front of 60,000 people at Comiskey Park. The event garnered top of the fold, front-page coverage in The New York Times:  “Under the impact of Louis’s terrific right-hand punch to the jaw, Braddock, battered, bruised and bleeding, crashed limply to the canvas in the center of the ring to be counted out when the session had progressed only 1 minute 10 seconds.” Louis would remain champion until his retirement in 1949. Since we’re on sports, it was also on this day in the 1986 World Cup that Argentina’s Diego Maradona, in one of the most blatantantly fraudulent moments in the history of the game, punched a goal with his hand in a match against England. Just as fraudulent was what the vulgar and future (now late) cokehead called it “The hand of god.” 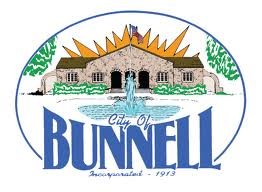 That is, the rise of cancel culture seems much less important and ominous than the rise of sellout culture. More and more people at the top of our social hierarchy appear willing to do anything, for anyone, as long as the money is good enough. This isn’t a purely partisan issue, although sellout culture may be somewhat more prevalent on the right than the left. It remains extraordinary, given Donald Trump’s bellowing about America First, how many members of his inner circle — including Michael Flynn, his national security adviser, and Rudy Giuliani, his personal lawyer — have been credibly accused of, in some cases have been convicted of, or even confessed to serving as paid agents of despotic foreign governments.