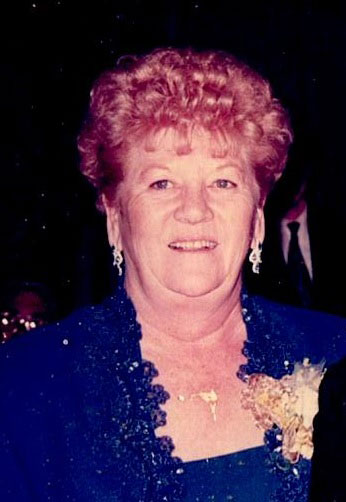 Mrs. Walsh passed away on April 1, 2021, at her home surrounded by her loving and caring family. She was born in Belfast, Northern Ireland, on September 17, 1934, a daughter of the late Thomas and Catherine Baxter Dewar. A loving and devoted wife, mother, grandmother, great grandmother, and aunt. She lived most of her life in America between New York and Flagler Beach. An Irish immigrant with a grade-school education but a tenacious appetite to have the American dream. She worked hard as a barmaid and owner, having several establishments in both states. She owned the Jolly Six Pence in Garnerville and Molly McGuires in Mount Ivy, both in Rockland County, New York. She found her slice of heaven when she came to Flagler Beach in 1976 and opened the Harbor Inn and later the Bridge Tender, a great little Irish pub under the bridge. For many years she would get lost every Saturday searching for bargains at garage sales, often accompanied by her sister Lilly, daughters, Colleen and Patricia, and occasionally her granddaughter Bridget. She loved to travel back to Ireland to visit her mother when she was alive, her sisters, and a gaggle of nieces and nephews. She loved her grandchildren, and they, in return, loved her dearly. She lived long enough to know 8 of her great-grandchildren. She had a weekly seat for Sunday dinners over the last 23 years at her daughter Colleen’s home, where she lived next door. She had a caring heart, an extraordinary spirit and enjoyed living life to its fullest. She made you feel as though anything was possible. She is survived by her husband of 55 years, Thomas Walsh, three daughters, Colleen Conklin and her husband, Chris of Flagler Beach, Patricia Barton and her husband Jim Barton of Palm Coast and Janet Booth of Australia. Her step-children, Roisin Baird of Palm Coast, Thomas Walsh and Keiran Walsh, both of NY, thirteen grandchildren, Ryan, Patrick, Jim, Joe, Sean, Bridget, Scott, Dale, Erin, Shannon, Riley, Courtney, and Emma, eight great-grandchildren, Brennan, Lola, Ella, Josie, Joel, Lilly, Madison and James, three sisters, Lilly Bracken, Anne McKeavney, Mary Heary and many nieces and nephews in Ireland and the United States. Preceding her in death was her son, John Adams, and a stepson, John Walsh, siblings, Katherine George, Sissy Black William Dewar, Tommy Dewar and 8 others lost after childbirth for a total of 16 children in the family.

In lieu of Flowers memorial contributions are suggested to the Flagler County Education Foundation. Arrangements are in the care and Trust of Craig-Flagler Palms Funeral Home.