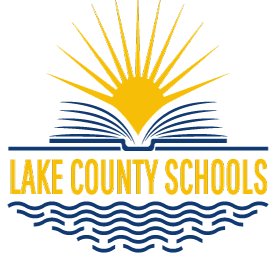 An administrative law judge has backed a decision by the Lake County superintendent of schools to fire a teacher who posted what the judge described as “lewd and offensive material” on the TikTok social-media network. The judge ruled that the teacher’s behavior amounted to violations of “immorality” and “misconduct in office” clauses in school rules.

Judge Robert Telfer III on Friday issued a 26-page order recommending that the Lake County School Board terminate the employment of Todd Erdman, who was a faculty member at Umatilla Middle School.

Lake County Superintendent Diane Kornegay in October 2019 informed Erdman that she planned to recommend termination to the school board after an investigation of numerous TikTok videos that included Erdman making sexually explicit comments, according to Telfer’s ruling. “I felt like this was, in my many, many years as we discussed in education, this is probably one of the most disturbing and most appalling things that I’ve ever seen from an educator…. I have no doubt that my decision to terminate Mr. Erdman is right for students and that I am upholding the commitment that I made several years ago to protect our kids,” Kornegay testified.


Barbara Cooper, manager of employee relations at Lake County Schools, testified that she found “at least” a hundred videos featuring Erdman depicting him in various situations, including one in which he is depicted drinking a beer. A voice off-camera asks if he is really drinking a beer before work, to which Erdman lip-synch responds, according to the judge’s ruling, “You’re damn right I’m having a beer, have you been to that fucking job, have you dealt with those fucking idiots all day, let me do me.”

Erdman, in his first interview with Cooper, said his TikTok account had been hacked, and that he was not responsible for the public posting of the videos. Erdman appealed Kornegay’s decision to the state Division of Administrative Hearings and said, in part, that he had set his TikTok account to “private” so that videos would not be shared and that someone had stolen his cell phone.

But Telfair concluded that Erdman’s “explanation is not credible” and that he violated a series of rules. “Further, the TikTok videos … ultimately made their way into the public sphere, and students, parents, and school district personnel viewed and became aware of them,” the judge wrote.

–FlaglerLive and News Service of Florida