The Mad Cow Theatre presents The Heiress, a psychological play based on the Henry James novel Washington Square. The Heiress is a study in suppressed emotion based on the manners and mores of 1850’s New York, where a lonely widower and his even lonelier daughter live lives empty of emotion. Those lives are changed when a charming suitor comes to woo the daughter, but WHY did he appear so suddenly and what exactly are his ‘intentions?’ Jennifer Christa Palmer is brilliant as Catherine. The Heiress will be performed through August 22 at Mad Cow Theatre, 105 S. Magnolia Ave in Downtown Orlando. Visit madcowtheatre.com or call 407.297.8788

The Relevant Theatrics Theatre Company has decided to take on one of the most perplexing plays of the last century – Samuel Beckett’s ‘Waiting for Godot’. In the middle of the 20th Century, the New York Times called the play “One of the true masterpieces of the century,” and yet it is a play in which “nothing happens.”  Two men wait – and wait – for someone (Godot) while they play word games. Those word games – often comical, sometimes tragic, and always poetic – represent man’s quest for the meaning of life and are recognized as one of the prime examples of existential literature.  In other words, this is NOT traditional summer theatre fare. This classic will be performed from August 6th to the15th at the Lowndes Shakespeare Center in Orlando. To purchase tickets in advance, visit redchairproject.com; For reservations call 407-809-5266.

Yes this is an ARTS column, but try and tell the owners of those big (and not-so-big) boats that their ‘floating palace’ is not a form of art.  “All things boating” will be on display from August 6th to 8th at the Orange County Convention Center with the return of the Summer Boat Show. Boats offered by exhibitors from across Central Florida will be on display, as well as family activities on the show floor, including a new Kids Zone featuring “The Pirates of the Treasure Coast.” The real fun comes from the dozens of boats on the show floor, ready to be boarded for a closer look and a dream of lazy afternoons on the water. Admission is $5; children 15 and under are free. Visit www.boatshowflorida.com

The ever-popular Ms. Jacqueline Jones will showcase the vocal stylings which have made her a true diva in her cabaret act ‘Hello Darlings,’ as part of the Winter Park Playhouse Cabaret Series on August 6 at 7:30 pm and August 7 at 2 pm and 7:30 pm. Ms. Jones has performed around the world, and her high-energy blend of Jazz, Rhythm and Blues and Contemporary music delights audiences whether she is performing in an intimate club or on the concert stage. Seating is limited to 50, so reservations are recommended. Tickets are $15 and include a drink from the bar.  The Playhouse is located at 711-C Orange Avenue in Winter Park. Call 407-645-0145 or visit winterparkplayhouse.org.

Orlando Philharmonic Concertmaster Sir Tamas Kocsis returns for a final performance with the Orchestra in a concert titled Tamas and Family on Monday, August 9 at the Lowndes Shakespeare Center, 812 E. Rollins Street. Tamas and Family features Kocsis along with Alexander Stevens, William Goodwin, Grace Bahng and Mark Fischer.  Works include Haydn’s String Quartet op. 3, No. 5; Mozart’s Horn Quintet K. 407 and Dvorak’s String Quartet No. 12 “American.”  Kocsis studied at the Liszt Academy before coming to the United States in 1989, where he later attended the Juilliard School. Recently honored with Knighthood in Budapest, Sir Tamas’ departure is based on his recent acceptance of the position of Concertmaster of the Ulster Orchestra in Belfast, Ireland. For tickets, call 407-770-0071, or visit www.OrlandoPhil.org 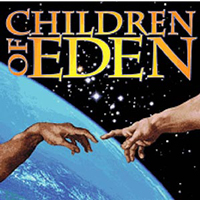 Take the writer and composer from “Wicked” (Stephen Schwartz) and “Les Miserables” (John Caird) and allow them to treat the first book of the Bible as a family soap opera and you get a musical that celebrates the old (really old) story of the conflicts between parents and children (and children and children).  Adam, Eve, Noah, Cain and Abel all show up in this “family” musical.  Mix in some humor and watch these “Biblical Dads” deal with the actions of the children they create. And you thought your teen-ager was moody!  Millenia of unresolved family business tells us once again that “the hardest part of love is letting go.” Join Director Wade Hair as he creates his own miracle by placing all this musical ‘drama’ on the tiny stage at Breakthrough Theatre at 419A West Fairbanks in Winter Park. ‘Children of Eden’ runs from August 6 to the 22nd.  Reservations may be made at 407-920-4034 or visit www.breakthroughtheatre.com

Celery Soup is Beginning to Boil

Creative Sanford, Inc. is creative indeed.  The group has created a script for an original play – called Celery Soup – which has been written from the stories of Sanford, Florida residents. Jeanine Taylor, artistic wunderkind of Sanford and founder of the project says, “Community members have entrusted us with their memories and stories.  Now it is time for them to give their feedback on the script we will perform this October.” The script was written by Jules Corriere, a playwright whose productions have premiered at the Kennedy Center, received Chicago Critic’s Choice Awards, won the Presidential Points of Light Award, and toured London. Ms. Corriere and Director Richard Owen Geer partner with communities all over the world to collect stories and shape performances. Celery Soup will be performed by 60 to 80 volunteers from Sanford with parts that range from beginners to skilled actors. “This is a performance of, for and by the people of Sanford and Seminole County,” says Corriere.  Performances will take place from October 21 through November 13, but first EVERYONE is invited to the first reading of the script on Thursday, August 12 at 6 pm at the J.D.Thomas Cultural Center at 519 S. Palmetto Avenue in Sanford – of course! 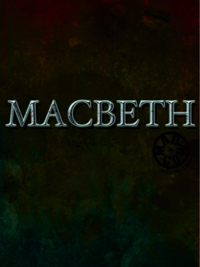 How to take one of Shakespeare’s bloodiest and most ‘populated’ plays and perform it with three characters is the challenge Mad Cow Theatre’s departing Artistic Director Alan Bruun has set for himself as the theater celebrates its 100th production. Utilizing their small performance space, and with a cast of only three actors, ‘Chamber MacBeth’ brings Shakespeare’s dark tale of unbridled lust for power into sharp focus. Admitting the task is “quite an experiment,” Bruun says, “I started wondering ‘What if the Three Witches were to conjure the entire play, playing all the roles themselves?’” Sophia Wise, Bobbie Bell, and Michael Sapp play every role in the ‘Scottish play,’ while sharing the title role throughout. ‘Chamber MacBeth’ runs from August 6th to August 29 at Mad Cow Theatre, 105 South Magnolia Avenue in Downtown Orlando. For tickets call 407.297.8788 or visit madcowtheatre.com

The Watercolor Society in Daytona Beach

Central Florida is blessed with a number of artists who work in the challenging medium of watercolor, and those artists – all members of the Central Florida Watercolor Society (CFWCS) – will be honored with an exhibit at the Peabody Auditorium in Daytona Beach from August 6th to September 2nd. Award winning artists Margarita Chapman, Bob Hague, Stewart Jones, Nancy Larkin, Chauncey Nelson and Faye Tambrino will exhibit. At a special event on August 19th from 2 to 4 pm, the artists will be on-hand to discuss their motivation and answer questions from the audience. The exhibit is also coordinated to be present during the first annual “Arts on Stage at the Peabody” event, which will feature 50 visual artists, music, and a children’s art table. Admission is free. “Arts on Stage at the Peabody” will be held on Saturday, August 14 from 11 am to 4 pm and Sunday, August 15 from noon to 4 pm. Visit www.peabodyauditorium.org