The Pew Research Center for the People and the Press just released a survey testing reactions to political rhetoric—whether people react positively or negatively to words like “progressive” or “socialism” or phrases like “states’ rights” or “civil liberties.” The results were not surprising in some regards. Say the phrases “civil rights,” “civil liberties” and “states’ rights,” and between 87 percent and 77 percent of people respond positively. Even the word “progressive,” which the right-wing machinery on Fox and friends is doing its best to turn into a slander, gets a 68 percent positive response, including 56 percent of Republicans.

Here’s where it does get interesting. The word “capitalism” gets barely a majority endorsement, with just 52 percent giving it a positive nod overall. It’s still better than the reaction to socialism, but not by much. Some 29 percent, or almost a third of Americans, view socialism positively, and a far larger proportion of younger Americans do so. A majority of young people 18 to 29 don’t see capitalism positively. Capitalism gets a 43 percent positive rating from those young Americans. So does socialism. Looking at reactions according to family income is even more telling. In households where income is $75,000 or less, which is to say in more than 70 percent of American households, just 47 percent have a positive reaction to capitalism.

It’s a long way from 1989, when the Berlin Wall was falling, the Soviet Union was disappearing, the first George Bush was advertising “a new world order” and the happy ideologues of the right were declaring the end of history. Capitalism, they told us then, had won. There was no other viable system. The Chinese must have been laughing then, as they have since Ronald Reagan first came to them, hat in hand, to help finance his colossal deficits. Their laugh has gotten only louder since as they’ve watched a capitalism system gorged on its own arrogance run up more debt than it will ever be willing to repay while inflating bubble after bubble to give itself the illusion that it was still a functioning system. In Reagan’s time it was the junk-bond bubble, which crashed in 1987. It was followed by the tech bubble of Clinton’s 1990s, which crashed in 2000, only to be rolled-over into the housing and junk-credit bubble of the Bush years. That one is still crashing, with reverberations all over the world, as last week’s mini-crash reminded us. 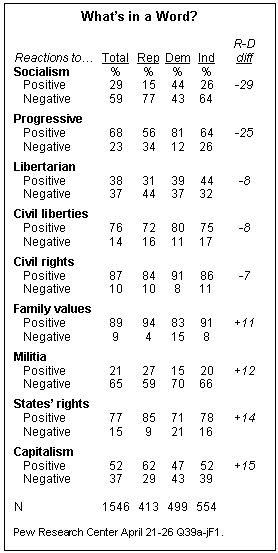 All along, the Chinese, whose economy and political system have more in common with fascism than communism anymore, have been lending us money in the shape of a noose — more than $1 trillion if you include what we owe Hong Kong, which the Chinese devoured in 1997. Incapable of living within our means or raising taxes to pay our own debts, we’ve been hanging ourselves with Chinese rope. And not just Chinese. We owe the Japanese $768 billion, and we owe oil producing Arab nations and Venezuela $218 billion.

Capitalism didn’t get us into this. Unbridled capitalism and self-indulgence did, beginning with the rise in the 1980s of the cult of the free market. To this day conservatives peddle the fallacy that Adam Smith, considered the father of capitalism, wouldn’t have had it any other way, just as we shouldn’t have it any other way as we move forward. But Smith was a great believer in trade unions and public works. Businessmen’s motives left him queasy, because he saw them as little more than bundles of self-interest who seldom gave a whit to the common good (“It is not from the benevolence of the butcher, the brewer, or the baker that we can expect our dinner, but from their regard to their own interest,” he wrote.) And Smith  was a great believer in taxes and wealth redistribution so that, in his words, “the indolence and vanity of the rich is made to contribute in a very easy manner to the relief of the poor.” In sum, he would have fit right in with the New Deal, or something like it if the Obama administration had the courage to enact it.

I find it particularly ironic that the group in the Pew survey that gives socialism the most negative marks is the elderly—the one group in America that benefit most from socialist programs: Medicare, Social Security, and the public schools that keep educating the workers who wait hand and foot on elderly lives and luxuries.

We can rail about socialism’s evil and worship capitalism all we like. It won’t get us out of the hole we spent the last 30 years digging. History and Adam Smith suggest that the way out is an intelligent, humane combination of the two. It’s not like we haven’t done it before. Ask anyone 65 or older, assuming they’re not too busy honing their selective memories at a tea party.