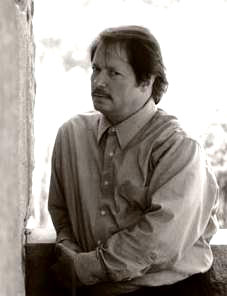 A railroad
runs through my life
dirty tracks remind me:
this is no earthly
garden of Eden…

…a hollow tunnel
carves my veins
and before I cross
the river
I have to cross
the tracks.

Here he is in his latest video: