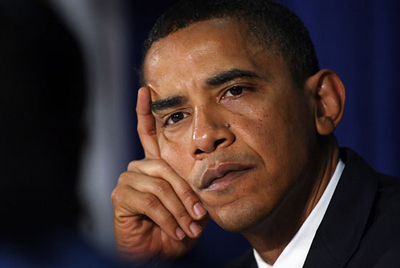 From the New York Times: “But let’s be frank. It’s getting harder and harder to trust Mr. Obama’s motives in the budget fight, given the way his economic rhetoric has veered to the right. In fact, if all you did was listen to his speeches, you might conclude that he basically shares the G.O.P.’s diagnosis of what ails our economy and what should be done to fix it. And maybe that’s not a false impression; maybe it’s the simple truth.[…]One striking example of this rightward shift came in last weekend’s presidential address, in which Mr. Obama had this to say about the economics of the budget: “Government has to start living within its means, just like families do. We have to cut the spending we can’t afford so we can put the economy on sounder footing, and give our businesses the confidence they need to grow and create jobs.”[…]That’s three of the right’s favorite economic fallacies in just two sentences. No, the government shouldn’t budget the way families do; on the contrary, trying to balance the budget in times of economic distress is a recipe for deepening the slump. Spending cuts right now wouldn’t “put the economy on sounder footing.” They would reduce growth and raise unemployment. And last but not least, businesses aren’t holding back because they lack confidence in government policies; they’re holding back because they don’t have enough customers — a problem that would be made worse, not better, by short-term spending cuts.” The full piece.

From the New York Times: “Nearly 60 years later, Murdoch is the head of a $33 billion media empire, the News Corporation, dominated by its holdings in television and film. Yet even though newspapers account for less than 17 percent of the company’s revenues, Murdoch still thinks of himself as a newspaperman. And there is still nothing more thrilling to him than a scoop by one of his papers — the more salacious, the better. How those stories are obtained has never been of much concern to him. In Murdoch’s mind, at least, it’s still life or death.[…]The kill-or-be-killed culture he created at his newspapers helps explain, for instance, why his New York Post was willing to publish an article last week, based on the thinnest of sourcing, claiming that the hotel housekeeper Dominique Strauss-Kahn was accused of sexually assaulting was actually a prostitute. (The woman has since sued The Post.) It helps explain why Robert Thomson, the editor of his Wall Street Journal, sent out a memo a few years ago saying that Journal reporters would henceforth be judged not on their ability to report deep, thoughtful stories — long The Journal’s strength — but on whether they regularly broke news, even by a matter of “a few seconds,” for the Dow Jones Newswires.[…]And, of course, it helps explain why his News of the World will cease to exist after this Sunday’s edition.” The full story.

From TechCrunch: “When asked by a reporter how he would gauge the success of Google+ Schmidt replied, validly, “Well it’s been out for a week!” before going on to say that the biggest marker of its success was the fact that “An infinite amount of people are unhappy because they don’t have their invitation.” He later went on to say that the amount of people who had invitations but weren’t let in because of high demand was the greatest problem the service was facing. “We’re reviewing it on Monday,” he said.[..]When asked by reporters whether Google planned eventually to fill out Google+ with other products, Schmidt answered, “Yeah, and there’s a lot coming,” saying that business accounts and ads are expected, assuming Google+ continues to grow. ”We test stuff and when it works we put a lot more emphasis on it,” he said.” The full piece. 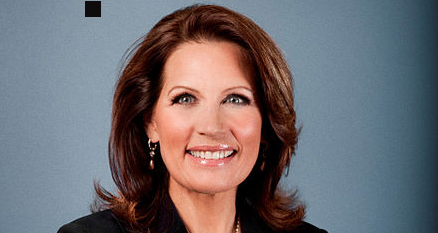 Erica Jong in The Times: “People always ask me what happened to sex since “Fear of Flying.” While editing an anthology of women’s sexual writing called “Sugar in My Bowl” last year, I was fascinated to see, among younger women, a nostalgia for ’50s-era attitudes toward sexuality. The older writers in my anthology are raunchier than the younger writers. The younger writers are obsessed with motherhood and monogamy. […] The Internet obliges by offering simulated sex without intimacy, without identity and without fear of infection. Risky behavior can be devoid of risk — unless of course you use your real name and are an elected official. Not only did we fail to corrupt our daughters, but we gave them a sterile way to have sex, electronically. Clearly the lure of Internet sex is the lack of involvement. We want to keep the chaos of sex trapped in a device we think we can control. Just as the watchword of my generation was freedom, that of my daughter’s generation seems to be control. Is this just the predictable swing of the pendulum or a new passion for order in an ever more chaotic world? A little of both. We idealized open marriage; our daughters are back to idealizing monogamy. We were unable to extinguish the lust for propriety. […] Better to give up men and sleep with one’s children. Better to wear one’s baby in a man-distancing sling and breast-feed at all hours so your mate knows your breasts don’t belong to him. Our current orgy of multiple maternity does indeed leave little room for sexuality. With children in your bed, is there any space for sexual passion? The question lingers in the air, unanswered. […] Physical pleasure binds two people together and lets them endure the inevitable pains and losses of being human. When sex becomes boring, something deeper is usually the problem — resentment or envy or lack of honesty. So I worry about the sudden craze for Lysistrata’s solution. Why reject honey for vinegar? Don’t we all deserve sugar in our bowls?” The full column.

From the Guardian: “Flannery O’Connor is best remembered for her potent fictions, and to a lesser extent for her unfortunate life (she eked out the last decade and a half of her life in relative solitude with her mother, refashioning her childhood home into a makeshift bird sanctuary before dying of lupus at the unripe age of 39). What she isn’t primarily remembered for are her cartoons, although this may change with the publication of a collection of her early drawings later this year. The drawings that comprise the majority of Flannery O’Connor: The Cartoons are taken from her time as a high school student at Peabody and then an undergraduate at Georgia State, and would have been published in journals alongside news stories relating to the life of the school and college itself. Cut from linoleum with oil-based ink applied to the ridges, the drawings are rudimentary but charming, a stripped down version of what Marjane Satrapi did in Persepolis. What’s clear, though, is the perspective of the outsider, which O’Connor refined in her debut novel Wise Blood and stories such as A Good Man is Hard to Find A bespectacled wallflower watches a dance and thinks to herself, “Well, I can always be a PhD”; an audience member snipes to her friend, “Wake me up when it’s time to clap!”; a frumpy young girl with a mottled face asks a librarian, “Do you have any books the faculty doesn’t particularly recommend?” […] [T]the Flannery O’Connor responsible for these cartoons had recently lost her father, also to lupus, a judgment she regarded as a “bullet in the side” from God. The darkness she would make her own is already showing its teeth.” The full post.

From Baba Binkman‘s biography: “Baba Brinkman is a Canadian rap artist, writer, and former tree-planter who worked in the Rocky Mountains every summer for over ten years, personally planting more than one million trees. He is also a scholar with a Masters in Medieval and Renaissance English Literature. His thesis drew parallels between the worlds of hip-hop music and literary poetry. After graduating in 2003, Baba began his career as a rap troubadour. To date Baba has written or co-written five hip-hop theatre shows, including The Rap Canterbury Tales, The Rap Guide to Evolution, and The Rebel Cell, with MC Dizraeli. He won three awards and entertained thousands while performing at the Edinburgh Fringe Festival for six of the past seven years. Baba is also the founder of Lit Fuse Records, which represents Aaron Nazrul, Smoky Tiger, and Mud Sun, as well as his own music. Besides executive producing and developing new talent through his label, Baba has recorded and released seven solo albums since 2004.” Here he is rapping about Evolution:

How To Fix Your Joint Problems

It’s not quite Last Tango in Paris, but it’s buttery all the same. Too bad the guy doesn’t live in this area. He’d be a great customer for any hospital.