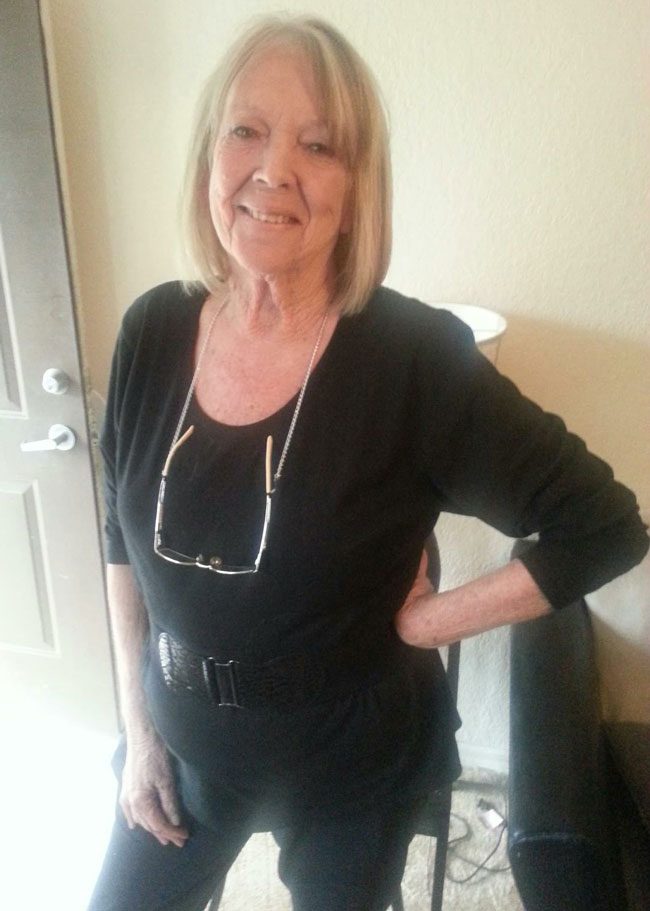 Sharon Diane “Dee” Likins, age 75, passed to her Lord’s hands peacefully surrounded by family on Thursday, January 10th, 2019 at The Stuart F. Meyer Hospice House in Palm Coast, Florida. She was born to Roy E. and Wilmuth Helen Brisendine Likins on July 19, 1943 in Louisville, Kentucky. Diane moved to The Hammock area in the late 40’s when was just two years old and remained a resident of the area for 73 years, the remainder of her life. Diane started working in her family owned Marineland restaurant and motel when she was 9 years old. The family built the pier there which was the longest steel pier on the East Coast before being destroyed by Hurricane Donna. She had a short line in Revenge of Creature from the Black Lagoon movie that was filmed at Marineland. She attended Bunnell High School and was awarded a recording contract for her beautiful singing voice. She loved music, dancing, the beach, and above all else spending time with her family.