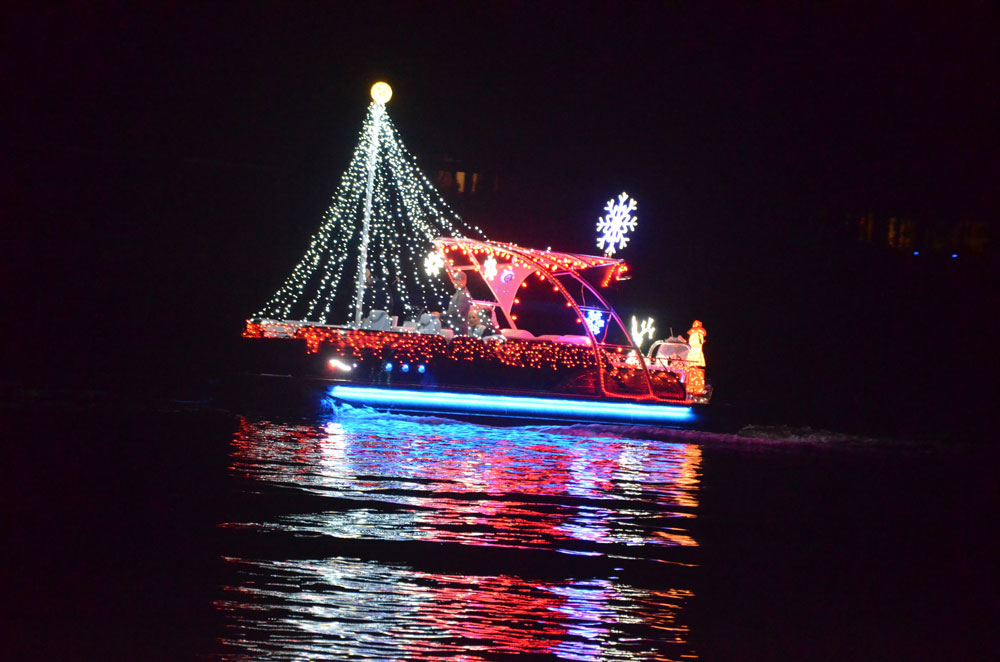 The 2022 Palm Coast Holiday Boat Parade is scheduled for 6 p.m., presented by the Palm Coast Yacht Club. With 61 boats currently registered and more expected, this year’s Parade is set to maintain its record as Florida’s largest community boat parade. Grand Marshalls will be Flagler County Sheriff Rick Staly and The Honorable David Alfin, Mayor of Palm Coast. Once again, the parade will be broadcast live by Flagler Broadcasting on KOOL-FM, 100.9, with on-air hosts Priscilla Netts of Palm Coast; “The First Lady of Jazz,” renowned singer Linda Cole; and Flagler Broadcasting President David Ayers. The hosts will provide live, up-to-the-minute coverage of the Parade’s progress and will identify the boats as they pass by the hundreds of spectators on the shore. The Parade will be held in honor of the late Joe Rizzo. A long-time champion of the Flagler County School System and a major contributor to the vitality of the Palm Coast community, Rizzo was executive director of the Flagler Education Foundation. See: “39th Palm Coast Holiday Boat Parade Prepares for Its Biggest Yet Dec. 3.”