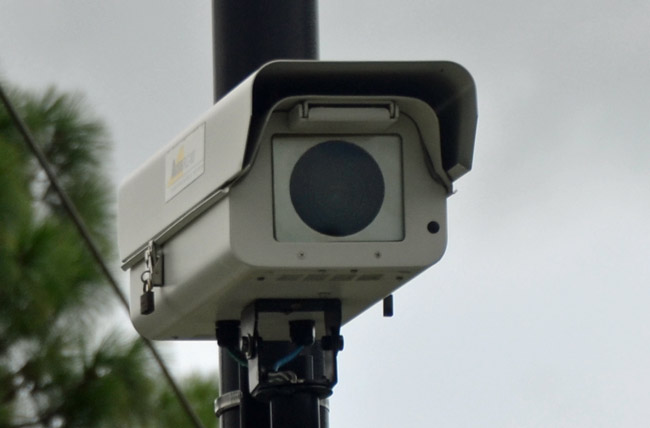 For the most part, the Palm Coast City Council will stick to the current set of traffic fines when a driver is issued a red-light infraction triggered by a camera. The council agreed on Tuesday not to raise those fines to as high as $408, as state law may soon allow. The city will stick with the $158 fine currently being levied, plus a $106 administrative fee should an individual contest a ticket and lose.

“This change is not raising by one cent any of the charges that are currently being charged if you run a red light,” Palm Coast Attorney William Reischmann said. “There’s the bait, and we’re not reaching for the bait.”

For that to be formalized, however, the city would still have to be more explicit than a proposed ordinance aligning with the new state law is at the moment. That proposal does include an allowance of up to $250 in additional administrative costs should an individual contest a ticket and lose. The proposal also includes an extra $50 fee for anyone who decides to contest a ticket only to then decide to pay it after all, and forego a hearing—even though that individual would not have appeared before a hearing officer.

Palm Coast Mayor Jon Netts has said that he would be adamantly opposed to such fees in Palm Coast.

The ordinance the council agreed to on Tuesday is a first step in coming into compliance with a new state law that would go into effect July 1, assuming Gov. Rick Scott signs it (or abstains from vetoing it). Another step would be for the city’s code enforcement division to more specifically set out the fine schedule it may and may not impose. It’s in that document that the city would specify that it would not impose the higher fees, including, presumably, the $50 fee.

Here’s an important distinction: While the council is clearly opposed to imposing higher administrative fees, the ordinance it agreed to today will still be on the books, and will give this or future councils room to impose those extra fees should they choose to do so. That’s not malice on the council’s part: it merely mirrors state law. But the distinction underscores the importance of the fine print yet to be written by the code enforcement division, to ensure that the council’s wishes to avoid any additional fines are followed.

The council made an exception for the extra $106 administrative fine that’s been levied all along, and that is also permissible by law, when an individual contests a ticket and loses.

The proposed ordinance, scheduled to be approved at two council meetings later this month and next, also formalizes a reversal: appeals will once again be heard before a Palm Coast-hired hearing officer, not by an independent magistrate at the courthouse. While the city and the court system favor the switch (back to a set-up in place before July 2010) because it lowers the workload on the court system and goes the city more control, it also diminishes the objectivity of the proceedings, somewhat stacking the deck against appellants: it is in the city’s interest to ensure that as many tickets are paid, because the city profits from them directly. The state court system does not.

Palm Coast previously had hired Sid Nowell, the current sheriff’s office attorney and former Bunnell City Commission attorney, as its hearing officer. The city has a request for proposal seeking officers at the moment.

One final change by the new ordinance: no one may be cited if the driver comes to a full stop while making a right turn, even if the driver goes past the white line. “We weren’t doing it anyway, but now it’s formalized,” Reischmann said.

There are 43 spy cameras currently in place at Palm Coast intersections. They’re run by Phoenix-based American Traffic Solutions, which makes about $1.2 million a year from the deal. Palm Coast makes in excess of $300,000 a year. The state takes roughly half the money generated by each paid traffic ticket.

One issue the new ordinance takes care of only halfway: the payments that seem to vanish in ATS’s ether, costing drivers in hassles and the consequences of actual traffic citations with points assessed—which is what happens when a ticket goes unpaid. It automatically becomes a “uniform traffic citation” issued by the state.

The new law will extend the number of days an individual has to pay or to file an appeal from 30 to 60. But it does not affect what City Manager Jim Landon described as a second, “much more difficult issue to find a solution for.”

Someone sends a check in three weeks before the due date, but it never shows in ATS’s system, and it gets kicked over to the court system as a uniform traffic citation, forcing the driver to owe more money (including that extra $106). “We’re getting too many too those complaints, so either that’s the ongoing—everybody is telling a story to get out of it,” Landon said, “but I actually know one person that happened to, and I trust them, and I think there’s other people. Something is not right there and we’ve got to figure out how we’re going to correct that one. But when the check doesn’t clear and it just seem to vanish, maybe you can help me with ideas as to how to solve that.”

“A mid-course warning,” Netts suggested. “Now that you’ve got 60 days, in the 30 days you send a second letter, we did not get your check in.”

The city intends to do that. But the city must still follow state law: it cannot, for example, require that drivers make their payments by certified mail. And it appears to be an issue with ATS, not just absent-minded drivers.

“I’ve taken it up to the top management at ATS at this point to try to make sure the resources in to help. They’re always very responsive,” Landon said. “When I have correspondence from ATS it’s yes, you’re always going to have some of this, but Palm Coast seems to have a larger number of those complaints than what they’re used to.”

The proposed ordinance is below, with the added language underlined twice, and the removed language in strike-through.