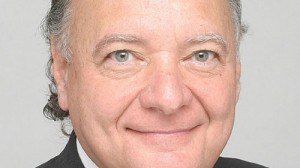 Mark Alan Siegel has resigned as chairman of the Palm Beach County Democratic Party after making incendiary remarks about Christians, according to The Palm Beach Post. Siegel caused a firestorm during last week’s Democratic National Convention after saying conservative Christians were allies of Israel only because they wanted to bring on the Second Coming. “The worst possible allies for the Jewish state are the fundamentalist Christians, who want Jews to die and convert so they can bring on the second coming of their Lord. It is a false friendship,” Siegel said in a video interview with an outlet called Patriot Update. “They are seeking their own ends and not ours.” (See the video interview below.)

After initially resisting pressure from party officials to resign, Siegel did so late Friday, the Post reported. “My comments merely served as a distraction to the good work of Democrats in Palm Beach. Again, I express my deepest apologies to anyone I may have offended,” Siegel said in a statement issued by Florida Democratic Party. Smith elevated vice chairwoman Terrie Rizzo to Siegel’s position, the paper said.–News Service of Florida