The results were announced at precisely 8 p.m. Paris time, 2 p.m. Eastern: Socialist François Hollande, short on ministerial experience and charisma but big on hope, is the new French president, defeating the center-right’s Nicolas Sarkozy with 52 percent of the vote, and making the mercurial Sarkozy France’s first one-term president since Valéry Giscard d’Estaing in 1981. Five years ago, Sarkozy defeated Ségolène Royal with 53 percent of the vote.

While unquestionably convincing, the victory was by a smaller margin than predicted in the past several days. The reason: in his appeal for last-minute votes, Sarkozy–in an echo of what may be in store for the American election, if the GOP intends to win back the White House–made outright attacks on immigrants (“too many immigrants”, he said) as he appealed for the extreme-right votes of the followers of Marine Le Pen, the ultra-nationalist whose ideological DNA is closest, in the American scene, to the evangelical vote. 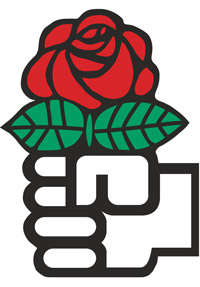 Hollande brings Socialism back to the French presidency for the first time in a quarter century. The last Socialist president before Hollande was another François: Mitterand’s 14-year reign ended in 1988. Sarkozy’s defeat is the 11th for a European leader in the past two years, a sweep of incumbents that signals broad displeasure with an enduring economic crisis with ripples affecting the American economy, and that may affect the American election in six months.

Sarkozy at 8:23 p.m. (2:23 Eastern), standing under his “La France forte” logo (“A Strong France”) conceded with uncharacteristic grace for a man who thrived, and was eventually defeated, by an in-your-face style that never managed its substantive equivalent. He laughed when he said: “I assume all responsibilities for this defeat,” and added: “When there’s a defeat, it’s No. 1 who bears the first responsibility.”

The Obama and Romney camps are undoubtedly watching the results closely, because the French electorate’s behavior this year had less do do with accomplishments than desires: Sarkozy was not an incompetent president. He helped hold Europe together through the first phases of its financial crisis. He took a leadership role in the military face-off against Libya’s Qaddafi. He attempted to hold the line on taxes without shirking the state’s responsibility to pay its debts, but debts nevertheless grew (by 400 billion euros, or about $500 billion) on his watch, as did unemployment, which stands at a Florida-like 9.8 percent. His temper, his manners, even his indelicate habit of flaunting wealth and wives (he is married to Carla Bruni, the singer and ex-model) in the face of enduring hardships did not endure him with the electorate. In that regard, he has a few things in common with Romney.

He also made innumerable promises he did not keep, particularly to French youth, among whom unemployment is epidemic: Sarkozy decisively lost the youth vote in today’s election–another signal to Obama that, should the same results be reflected in November’s election, bodes ill for a president who relied overwhelmingly on the youth vote in 2008. His promises “to raise spending power and create more jobs,” the Finantial Times reported last week, “are now being thrown back in his face as broken promises. Unemployment and wages are top of voters’ concerns, along with education and health, underscoring the threat felt by voters to France’s cherished social model. Immigration and security, which play to Mr. Sarkozy’s strengths, are further down the list of priorities.”

Mr Sarkozy’s 2007 promises to raise spending power and create more jobs are now being thrown back in his face as broken promises. Unemployment and wages are top of voters’ concerns, along with education and health, underscoring the threat felt by voters to France’s cherished social model. Immigration and security, which play to Mr Sarkozy’s strengths, are further down the list of priorities.

“Despite throwing himself into a vigorous campaign,” writes The Economist, “Mr Sarkozy failed to persuade enough voters that the inexperienced Mr Hollande did not have what it takes to be president—or to overcome a prevailing desire in France for change. His defeat now opens a new chapter on the political right, with an ensuing succession battle that could be bloody.”

Hollande takes over a fractured nation whose tricolor flag is an apt reflection of sharp divides between a red and blue nation, with a large brood of disaffected voters in between.