The Flagler County School Board will make its final decision on a uniform policy at its Jan. 17 meeting, not at its Jan. 3rd meeting, as previously set. The board changed the date Tuesday evening (Dec. 6).

The Board had pledged to set a firm date to reach a decision, one way or the other, on whether school uniforms would become policy in the district next year. In order not to drag out the debate indefinitely, the board had agreed to make that decision at its first meeting of 2012, on Jan. 3. As it turned out, Jan. 3rd still falls within the Christmas break schedule. The board did not want to hold the meeting at a time when not all parents and students would have made it back from Christmas break. That would have opened the board to criticism. So the decision was switched to the 17th. The Jan. 3rd meeting will still take place (it’s a regular board meeting.)

And of course the Wednesday, Dec. 7 public forum on uniforms at Matanzas High School’s Pirates theater is still on. That forum features Jay Wheeler, an Osceola County school board member and heavy supporter of uniforms, as a speaker, along with two parents and two students, split between supporters and opponents of uniforms. Sue Dickinson, the board chairman, will take written questions and address them to the panel. The forum is scheduled to last from 6 to 7:30 p.m. 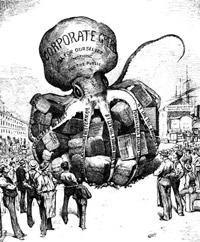 From the News Service of Florida: “A House Republican has filed a proposal that would expand a program that offers corporate tax credits to help pay for low-income children to attend private schools. Rep. Richard Corcoran, R-New Port Richey, filed a bill (HB 859) Friday that would increase the amount of tax credits allowed in the program to $250 million and also lift some eligibility requirements for children. The maximum amount of credits during the 2011-12 fiscal year is $175 million, according to information on the Florida Department of Education website. The program allows corporations to get income-tax or insurance-premium tax credits for contributing to non-profit organizations that administer the Florida Tax Credit Scholarship Program. Critics argue, in part, that the program amounts to school vouchers. Sen. Lizbeth Benacquisto, R-Wellington, has filed a similar proposal (SB 962).”

From Calculated Risk: “HousingTracker is reporting that inventory in the 54 metro area is down 17.5% from the same week in 2010. If this adjustment is close, existing home inventory is now below the levels of late 2005 – and that is when inventory started rising sharply. This is just “visible inventory” (inventory listed for sales). There is a large percentage of distressed inventory, and various categories of “shadow inventory” too, but visible inventory has clearly declined in many areas.”

If the Euro Fails 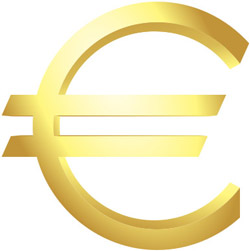 From th Washington Post: “To get a sense of how vulnerable the U.S. economy could be if the euro currency union cracks apart, start with the volume of U.S. exports to the euro zone — $153 billion in the first six months of the year. Add several hundred billion dollars in investments by U.S. banks in the euro zone and several trillion dollars’ worth of other financial contracts between the two economies. […] a run of departures from the euro — starting perhaps with Greece and potentially continuing with Portugal, Italy and Spain — could have a catastrophic impact, leaving few parts of the global economy unaffected. The euro zone would rapidly lose as much as 10 percent of its roughly $12 trillion in annual economic output, Cliffe estimated. The falloff in U.S. trade, a downturn in the financial sector and other impacts would almost certainly throw the United States back into recession — a risk that the Obama administration has highlighted by pressing European officials to be more aggressive in their crisis response. […] U.S. banks have more than $220 billion at risk through investments in German and French banks alone. If those firms start to topple, U.S. financial companies could as well, a hazard highlighted by the failure this fall of the MF Global brokerage firm because of its dealings in Europe. […] But the more deeply the problems spread to core nations such as France and Germany, the broader the impact, with risks to U.S. banks rivaling the crisis of three years ago.” The full story.

The Dirtiest Job on the Internet 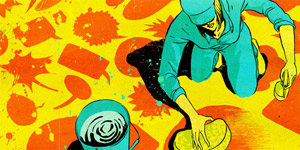 We ought to know. From Business Week: “Since the first messages were posted on bulletin boards some three decades back, comments and free discussion between anonymous users have been a central part of the Internet’s appeal. Sites such as Gawker and the Huffington Post built their empires on page clicks driven by endless streams of commenters and flame wars. But what’s good for Gawker isn’t always great for established brands, and as companies have embraced the Web and eagerly interacted with their customers, they’ve often been overwhelmed by the response. A lethal combination of anonymity, opinion, and the safety of typing from a remote location all but guarantees that comment forums get out of hand, falling prey to the Hobbesian tirades of the Web’s most nasty, brutish, and vocal denizens—hence, the increasing need for moderators such as Dueck to intervene and sanitize sites’ comment boards. […] Although escalation training and sensitivity are parts of the job, comment moderation requires unusual equanimity. “It’s art, not science,” says Caterina Fake, co-founder of Flickr and a former community manager for various early online comment forums. Moderators are largely middle-aged and well educated. Most work remotely, on flexible schedules. […] Moderators (or “mods,” as some call them) can earn anywhere from $40,000 to $80,000 annually, but need to be prepared for daily exposure to humanity at its vilest. Extreme racism and bigotry, images of pedophilia, and even personal threats are all too common. Littleton, who has even had her home address and phone number posted by disgruntled commenters, makes sure new recruits undergo extensive background checks. “You need good common sense, and you need a really thick skin,” she says.” The full story.

Against Conformity: George Carlin on Not Giving a Shit

We’re big fans of George Carlin here. The guy is more alive even dead than most people who are alive. Here he is talking about his individuality, and how he conquered the dangers of pretending to be someone he wasn’t:

Video: Your Brain on Sex

From Open Culture: “If you attended the recent Society for Neuroscience conference, you had the chance to see some unprecedented 3D imaging of the brain — images that showed the exact order in which women’s brain regions (80 in total) are activated in the sequence leading to an orgasm. For Barry Komisaruk (professor of psychology at Rutgers University), this imaging isn’t gratuitous. The whole point is to demystify how the brain experiences pleasure, something that could eventually inform our understanding of addiction and depression. Komisaruk said: ‘It’s a beautiful system in which to study the brain’s connectivity. We expect that this movie [above], a dynamic representation of the gradual buildup of brain activity to a climax, followed by resolution, will facilitate our understanding of pathological conditions such as anorgasmia by emphasizing where in the brain the sequential process breaks down.’ Meanwhile, back at the neuroscience ranch, researchers are also using imaging technology to observe the human brain in another state, the state where people experience mystical awakenings during prayer and meditation or other spiritual epiphanies.” Watch. 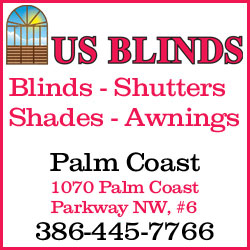