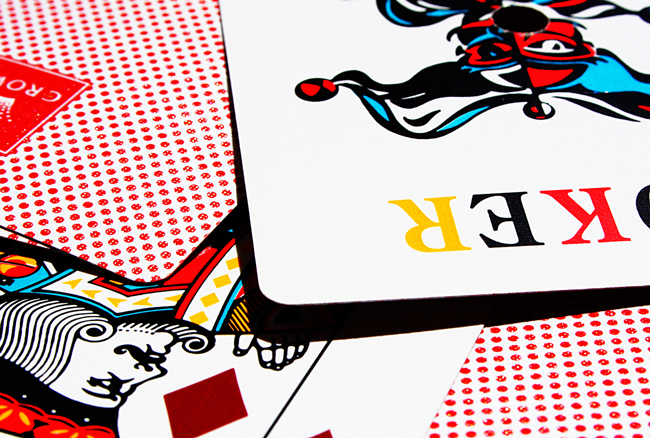 This wasn’t the way it was supposed to work.

State lawmakers were supposed to bite the bullet and make cuts in the 2011-12 budget and — take a deep breath — things would all get better.

But as budget committees met this week, gloom set in again. Medicaid costs are rising, schools need to find money, tax revenues are lagging. You get the picture.

Gambling-industry lobbyists, however, had a better week. Lawmakers are talking about the possibility of allowing resort casinos in Florida, and an appeals-court ruling fueled visions of ringing slot machines outside Miami-Dade and Broward counties.

Also enjoying an uptick was Republican presidential candidate Mitt Romney, who visited one of Tallahassee’s all-you-can eat buffets as he tries to sop up Southern votes.

Maybe Sen. Steve Oelrich, R-Gainesville, summed it up best Thursday as lawmakers waded into another round of health and human services budget problems.

“The worst years seem to keep on coming, and we’ve got limited resources and lots of services we have piled up over the years,” Oelrich said.

The numbers will start to become clear Tuesday, when economists meet to revise the state’s general-revenue estimates. But officials this week indicated the 2012-13 budget shortfall could hit $2 billion.

Republican leaders said they won’t raise taxes to deal with the problems. That will leave them looking for ways to chop programs that have already been pared during the past few years.

The biggest targets are always education and health and human services because they absorb the largest amounts of general revenue. The state’s continuing economic problems also have hurt property values, which are another key piece of funding public schools.

Negron and his House counterpart, Naples Republican Matt Hudson, warned that they will have to make cuts to balance the budget.

Sen. Don Gaetz, R-Niceville, likened the situation to “playing lifeboat” — deciding which programs and services get saved and which get tossed overboard to try to survive on their own.

Balancing the budget and drawing new political districts are the must-dos of the 2012 legislative session. But for the pure sport of it, the upcoming battles about gambling might be the most entertaining to watch.

Rep. Erik Fresen, R-Miami, and Sen. Ellyn Bogdanoff, R-Fort Lauderdale, were working on legislation this week that would allow three resort casinos in Miami-Dade and Broward counties and set up a regulatory gaming commission.

Meanwhile, the 1st District Court of Appeal ruled in a Hialeah Park case that a 2004 constitutional amendment did not prevent lawmakers from allowing slot machines across the state.

The combination of those issues could lead to a flurry of lobbying and deal-making, as gambling interests try to expand or tap into the huge Florida market.

Fresen said the resort-casino bill could be a vehicle for other gambling proposals. He said he also will try to limit the resort casino portion to South Florida.

A major expansion of gambling, however, is anything but guaranteed. The House in the past has blocked ideas such as allowing video lottery terminals — which are similar to slot machines — in pari-mutuel facilities.

An expansion also likely will face opposition from religious conservatives and other anti-gambling forces. In a recent editorial about the possibility of resort casinos, James A. Smith Sr., executive editor of the Florida Baptist Witness newspaper, described casino gambling as a “cancer on our society.”

“It is truly evil — in every sense of the word — that the state would rely upon making its own citizens losers in order to seek economic development to benefit others, and even worse to make its citizens losers to pay the state’s bills,” Smith wrote in the editorial posted on the newspaper’s website. “The supposedly conservative, pro-family elected leadership in Tallahassee need to be statesmen and stateswomen and reject yet the latest permutation of gambling expansion in our state.”

Trying to top Georgian Herman Cain and Texan Rick Perry in the race for the Republican presidential nomination, former Massachusetts Gov. Mitt Romney on Wednesday blew through the Seminole Wind restaurant in Tallahassee.

Load up on some fried chicken at the Seminole Wind, and you are a long way from the Back Bay in Boston. But with Florida moving up its primary to Jan. 31, Romney and the others will probably spend a lot of time in the state’s dining rooms during the next few months.

On the same day Romney visited Tallahassee, for instance, Cain signed copies of his book in The Villages, a sprawling Central Florida retirement community that is a magnet for Republican politicians.

Romney also met privately with Gov. Rick Scott at the Capitol, though there was no word about which candidate Scott will support in the primary.

Scott, however, did make clear this week that he plans to run for re-election in 2014. While he has been plagued by poor approval ratings, Scott said, “I like this job.”

“I’m going to do my best … to keep the cost of living as low as I can in the state and make sure people get an education and can get a job. So, I plan on running for re-election,” Scott said.

FASANO FIRES THEM UP:

But President Mike Haridopolos, R-Merritt Island, went after Sen. Mike Fasano, R-New Port Richey, this week after a judge tossed out a plan to privatize prisons in South Florida. Fasano criticized the privatization plan, which he said was approved by “inserting last minute proviso language into the budget, thus circumventing the committee process.”

A Leon County judge in late September agreed that the plan should have been approved in a regular bill instead of in the budget’s fine print. But Haridopolos bristled at Fasano’s description of it being inserted at the “last minute” and circumventing scrutiny.

“This was addressed early and often, and people all saw it coming, both in the House and the Senate,” Haridopolos told reporters.

Haridopolos wasn’t alone this week in being irritated with Fasano, who is chairman of the Senate Criminal and Civil Justice Appropriations Subcommittee.

Ash Williams, executive director of the state Board of Administration, defended his agency’s decision to charge $10,000 to fulfill Fasano’s request for public records related to a hedge fund investment.

Williams told Scott and the Cabinet that it would take agency staff more than 300 hours to prepare redacted documents so they did not divulge confidential information. He called Fasano’s request “abnormal … given its breadth and depth.”

But Fasano fired back at Williams. “This is such a farce. It’s a ploy, and it’s smelling like a cover-up by the SBA,” he said.

STORY OF THE WEEK: Two South Florida lawmakers prepared a proposal that could lead to three resort casinos in Miami-Dade and Broward counties. Meanwhile, the 1st District Court of Appeal opened the door to slot machines in various parts of the state.

QUOTE OF THE WEEK: “We’re not that optimistic at all (about the budget),” said Senate President Mike Haridopolos, R-Merritt Island. “We’re all hopeful that the economy will turn around. But at this point, we don’t see it.”