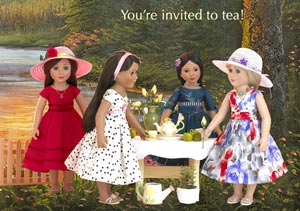 I’m about to head out to Palm Coast Parkway and Old Kings Road where the tea party folks are holding their latest rally against (fill in the blanks).

Meanwhile, a fascinating story in today’s Times giving us a glimpse of what this phenomenon is all about. No surprise there: they’re overwhelmingly white, they’re generally in higher tax brackets rather than lower ones (hence their compulsive selfishness), they’re usually older, disproportionately on Medicare (“keep your government off my Medicare” is one of their favorite chants, which raises a question or two about their education level), and they’re scared. Fear is their co-pilot: they don’t want to fall into the lower rungs of society. But don’t we all? The question is: why do these folks take out their fear on the rest of us by vilifying the very things designed to keep people from falling through the cracks?

But here are the surprises:

Most describe the amount they paid in taxes this year as “fair.” Most send their children to public schools. A plurality do not think Sarah Palin is qualified to be president, and, despite their push for smaller government, they think that Social Security and Medicare are worth the cost to taxpayers. They actually are just as likely as Americans as a whole to have returned their census forms, though some conservative leaders have urged a boycott.

Tea Party supporters’ fierce animosity toward Washington, and the president in particular, is rooted in deep pessimism about the direction of the country and the conviction that the policies of the Obama administration are disproportionately directed at helping the poor rather than the middle class or the rich.

OK. Off to the rally. Stay tuned for plenty of photos and comments from our own tea party folks.