Imagine if Franklin Roosevelt were around today, had he been able to survive the last 30 years’ assault on his New Deal. Imagine if, like Harry Truman sitting by Lyndon Johnson’s side the day Johnson signed Medicare into law, FDR were sitting next to Barack Obama the day he signed health care reform into law. “Mr. President,” the 81-year-old Truman told Johnson that July day, when Johnson flew to Truman’s library in Independence, Mo., to sign Medicare into law, “I’m glad to have lived this long and to witness today the signing of the Medicare bill, which puts this nation right where it needs to be to be right.”

Where it needs to be to be right: a line not too folksy for FDR’s patrician taste–the FDR of the Four Freedoms, the workers’ Bill of Rights, and “the only thing we have to fear is fear itself.” You could hear FDR say something to that effect had he been able to witness the enactment, after a century’s attempts (and several on his watch) of something resembling universal health care. “Freedom,” Roosevelt might have said, “means the supremacy of human rights everywhere.” Or: “Our support goes to those who struggle to gain those rights or keep them.” Or is that Ed Asner as FDR speaking?

The difference might be a bare suspension of disbelief when Asner–who is as old today as Truman was on that signing day in Independence–takes to the stage at the Flagler Auditorium in “FDR.” It’s the first one-man show of Asner’s octogenarian career: one hour and 45 minutes by himself, on stage, reciting more lines and packing more political punch in those 95 minutes than in a half season’s worth of lines his Lou Grant character delivered on “The Mary Tyler Moore” show.

Asner, who calls himself Hollywood’s “resident communist” (he was on stage as Karl Marx in Los Angeles last month), is as natural for “FDR” as Robert Redford was for “The Natural.” Asner is openly, militantly liberal, the indignity so familiar to fans of Lou Grant now channeled against the nation’s phonies and reactionaries. “The country is angry. I would like to see [President Obama ] get angry. I would like to see him lash out,” he told a college audience at the University of Florida last November. “I’d like see Barack stop being so nice … I would love to see less of the gentleman, less of the compromiser.”

No wonder Asner “adores” FDR and adores even more the opportunity to recast FDR’s history in today’s political theater. “The programs that he brought in to save the nation were interpreted by many to be socialist practices, the same crap that is going on now with the attacks on a health care plan and the stimulus funds,” Asner told the Sarasota Herald-Tribune when he performed “FDR” in Sarasota last fall. “He was able to stand tall and say screw you and did it in a wonderfully benign way and a jocular way. He was a crippled man but he stood tall.”

FDR is about Roosevelt the president–his four terms in office, his New Deal during the Depression, his frequent battles with a Supreme Court that initially sought to defeat his legislative initiatives at every turn (a battle now echoed by Chief Justice John Roberts’ tiffs with Obama), his leadership in World War II–and his Clintonian personal life. He was married to Eleanor Roosevelt, a cousin of sorts, but the woman in his life–and at his bedside when he died–was Lucy Mercer.

Mercer was FDR’s social secretary, but it was in 1918, while Roosevelt was in France, recovering from pneumonia and exhaustion (he’d been visiting the front and inspecting naval facilities as assistant secretary of the Navy), that Eleanor discovered a pack of love letters from Lucy. The affair had been going on for years: Lucy had been invited to Roosevelt functions whenever a young woman was required to fill out a table. And while Eleanor was taking care of the Roosevelts’ five children in the summer of 1916, Franklin and Lucy were falling in love, riding horses, sailing, and driving (when driving was more romance than gridlock). Nevertheless, he’d still call Eleanor “Babs.” 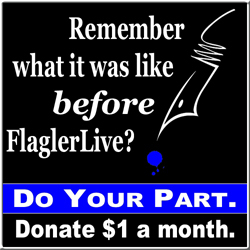 “FDR” is loosely based on “Sunrise at Campobello,” a Dory Schary play that ran for some 556 performances on Broadway’s Cort Theatre from 1958 to 1959. But “Sunrise” was about FDR’s earlier years, when he was battling polio. Schary had written a sequel. Asner found out about it while on a cruise and, long recovered from his flights through an Academy Award nomination for his voice’s starring role as Carl in “Up,” took on life as Franklin.

A few weeks ago a Los Angeles Times interviewer asked Asner what he thought Roosevelt would say to today’s politicians in Washington. Asner-Roosevelt’s answer: “Clean up your act. I still like the idea thrown around a month or two ago that congressmen should start wearing NASCAR uniforms with the logos of their corporate sponsors on them.”