There are some BIG “food & wine events” in Central Florida, but none are as ‘truly fabulous,’ as extravagant, or as much-anticipated as the Annual Chef’s Gala that benefits Heart of Florida United Way. This year we need to set our calendars – and our waistlines – for Saturday, May 21 beginning at 6:45 pm.

The sparkling wine begins to flow at that time (along with a silent auction), and the Main Event runs from 7:30 to 10 pm at Epcot at Walt Disney World. The evening features fine cuisine from over 20 of Central Florida’s top chefs and restaurants, along with fine wines, desserts and specialty coffees. Each entrée is thoughtfully paired with wines to complement each menu selection, and Sommeliers will be on-hand to provide information about each wine. Most importantly, proceeds from the Chef’s Gala benefit local health and human service programs supported by Heart of Florida United Way. Now – more than ever – those programs provide food, shelter and vital services to Central Floridians in need. Sponsored by Walt Disney World for the past 19 years, the event also includes live music. True to their slogan, the Chef’s Gala truly is a “Tasteful Way to Make a Difference.” For tickets, visit www.ChefsGala.org, call 407-429-2129 or contact Michele at [email protected]

The young dancers – studying to be the dancers of tomorrow at the Orlando Ballet School – are dancing with pride now that the Orlando Ballet School (OBS) received several top awards at the Youth America Grand Prix (YAGP) finals. Ten students competed at the world’s largest ballet scholarship competition (held in New York City). Students from OBS won awards including 3rd place in the ‘Ensemble Division’ for Orlando Ballet Director Robert Hill’s work Allegretto. Invited to perform Allegretto at the YAGP gala – a huge honor – the performance was praised in the New York Times. The only other large ensemble invited to perform, out of the 93 ensemble pieces in the competition, was the renowned Beijing Ballet Academy! Student Nayara Lopes received the prestigious Mary Day Artistry Award, given to students demonstrating the best artistry. Other Competition results included: Blake Kessler 2nd in the Men’s Division ages 12 to 14; Austen Acevedo 3rd in the Men’s ages 9 to 11; Nayara Lopes and Claudilan dos Santos 3rd in the Pas De Deux division. YAGP is the world’s largest student ballet scholarship competition. The Ballet School winners will perform in a program called “Stars of Tomorrow” on May 6 at 8 pm at the Bob Carr in Downtown Orlando. All Tickets are $10 and may be purchased by calling 407.426.1739 or visit orlandoballet.org. Robert Hill’s award-winning work Allegretto will be featured on the program. 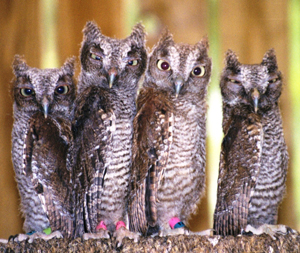 The Audubon Center for Birds of Prey is a non-profit nature center here in Maitland, working to preserve Florida’s birds of prey and their habitats. The dedicated organization does this through medical rehabilitation, education and research. On Saturday May 7th, the Center has come up with the most “unique” Baby Shower invitation of the year. On that day, the Center invites the community to a “Baby Owl Shower” from 10 am to 2 pm. At the ‘Shower,’ guests will view orphaned raptors (birds of prey) being raised at the Center. Family fun will include caricature drawings, marshmallow ‘eagles,’ hand-made paper owls, and educational activities to celebrate Mother’s Day. Admission to the Center is free if you bring a “baby gift” from the Center’s “wish list” used in caring for the young birds. Contact the Center for the official “wish list” at 407-644-0190 or visit audubonofflorida.org. The Center is located at 1101 Audubon Way in Maitland’s ‘Cultural Corridor.’

‘Broadway Romance’ is in the air as the Orlando Philharmonic Orchestra announces the 2011 ‘Concert at The Springs,’ the Orchestra’s annual outdoor concert features the Philharmonic performing on a stage built on the body of water known as Sanlando Springs.  This season’s concert, Broadway Romance at the Springs, will be held on Saturday, May 7th at The Springs Community at 400 Woodbridge Road in Longwood. The concert offers the perfect evening to pack a picnic, gather friends and enjoy Broadway tunes from Cole Porter to Andrew Lloyd Webber. Conducted by Maestro Christopher Wilkins, and featuring Broadway stars Stephen Bogardus and Patty Goble, the concert promises all the joys of a Broadway show – romantic songs, solos and duets from the opening number to the final song. Bogardus made his Broadway debut in the 1980 revival of West Side Story. Patty Goble was seen in the recent revival of Bye, Bye Birdie, and she has also performed in The Phantom of the Opera on Broadway. A dinner buffet from 6 to 8 pm is offered with VIP concert seating. Corporate and patron tables are available. Call 407-896-6700 x 225 for details on patron tables and sponsorships. For general ticketing, call 407-770-0071 or visit OrlandoPhil.org. Gates open at 5 pm; the concert begins at 8 pm. 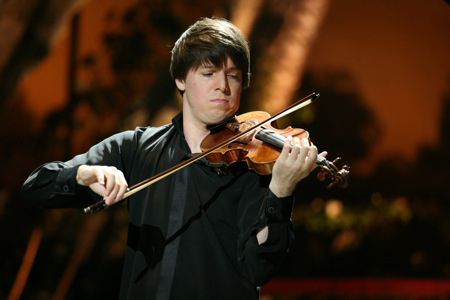 It is an occasion for celebration when one of the most famous musicians in the world performs for us in Orlando, and it’s ‘fireworks time’ as the Orlando Philharmonic announces violinist Joshua Bell will perform two concerts with the Orchestra this May. The first concert is on Saturday, May 14th at 8 pm at the Bob Carr Performing Arts Centre, and the second is on May 15 at 3 pm at the Peabody Auditorium in Daytona Beach. Under the direction of Maestro Christopher Wilkins, Bell will perform the Tchaikovsky Violin Concerto in a program that also features the Philharmonic performing Sibelius’ Symphony No.1, and the World-Premiere of a commissioned work by composer Daniel May. Having come to national attention at the age of 14, Bell has performed for audiences worldwide. His youth, virtuosity, and his multifaceted musical interests have made him a true “classical music superstar.” With more than 30 CDs recorded, Bell’s performances include The Red Violin, which won the Oscar for Best Original Score. He has appeared in a film starring Meryl Streep, on TV shows from The Tonight Show to Live from Lincoln Center, and has been profiled as one of People Magazine’s ‘50 Most Beautiful People.’ For tickets to either performance, call 407-770-0071 or visit OrlandoPhil.org 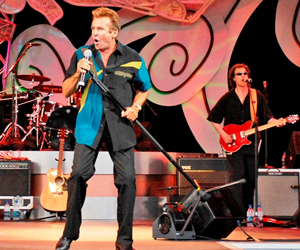 ‘Flower-powered cars’ from the upcoming Disney Pixar film Cars 2 and other Disney characters – created completely from flowers – dot the landscape at Disney’s Epcot Flower & Garden Festival running through May 15. The Festival’s final weekends feature the Monkees’ Davy Jones, and Herman’s Hermits starring Peter Noone in the final Flower Power Concerts. Both singers came to America from Manchester, England, and both landed at the top of the pop music charts in the mid-1960s. Now Davy Jones and Peter Noone bring their hit-making sounds to Epcot to conclude the 2011 Flower Power Concert Series. Davy Jones will take the stage on May 6, 7, and 8, having traveled from TV to the top of the charts aboard the Last Train to Clarksville. Herman’s Hermits’ star Peter Noone, appearing May 13, 14, and 15, scored 11 Top 10 hits from 1965 to 1967, including Mrs. Brown, You’ve Got a Lovely Daughter, and I’m Henry VIII, I Am. Performances are at America Gardens Theatre at 5:15, 6:30 and 7:45 pm. The ‘Flower Power’ performances are included with Epcot admission. For additional information, visit disneyworld.com/flower