The Sound of Music in Winter Garden

The Garden Theatre’s first self-produced musical – with an all local cast – was so successful that they’ve taken on the Richard Rodgers/Oscar Hammerstein classic The Sound of Music as their next producing venture.

They justifiably call their self- produced musicals ‘a true community celebration,’ with demand for tickets already ‘extending the run’ through May 29. With the familiar story based on the real-life memoirs of Maria von Trapp and the Trapp Family Singers, almost every song from the musical has become a beloved classic. From the title song The Sound of Music, the show also includes Edelweiss, My Favorite Things, Climb Ev’ry Mountain, and Do-Re-Mi. The original Broadway production opened in 1959 and is world-famous for the 1965 film that opens with Julie Andrews singing on a hill. In the Garden Theatre production Meggin Stailey stars as Maria, and Tim Rerucha is Captain von Trapp. With a cast of more than 50 children and adults, the Garden Theatre has included over 300 members of the Winter Garden community “working on sets and staging for months.”  The Garden Theatre is at 160 West Plant St. in Winter Garden. Call 407-877-4736 or visit gardentheatre.org.

The Mommies – A World Premiere Musical

Ten years ago, entertainment executive Jeanie Linders premiered Menopause The Musical here in Orlando. That mega-hit show has now had countless performances in 15 countries and over 450 cities. And it all began in Orlando. Now Linders has teamed up with Marilyn Kentz and Caryl Kristenson, stars of the 90’s sitcom The Mommies, to develop a new musical that speaks to our texting, on-line generation. And they have set the World Premier Opening here in Orlando on May 6th.  The new musical is for today’s Moms – who shop and socialize online! Called The Mommies – A Musical Blog, the show follows Moms from pregnancy to empty nesting with a shout out for discipline help to the ‘Super Nanny!’ Mommies has a cast of five, and is ‘set in cyberspace’ where today’s Moms seek advice and even therapy from their fellow bloggers. With the humor of the sitcom, Mommies embraces the digital life of today’s woman with a fist-pumping-finale and the message that Mommies Rock!  The World Premiere performance is Friday, May 6 at the historic Plaza Theater in downtown Orlando. For tickets, visit www.plazaliveorlando.com.

Central Florida opera-lovers had reason for concern when the recession ended the long run of the Orlando Opera Company, but those concerns were short-lived when the Orlando Philharmonic stepped up with its unique combination of vision, leadership, and talent to present Concert Opera performances. Those performances immediately became highlights of our performing arts season. Joining with Mad Cow Theatre, the Philharmonic continues this now-popular tradition with La Boheme to be performed on April 29 at 8 pm and May 1 at 2 pm. One of Puccini’s most popular operas, the story focuses on the love between Mimi and the poet Rodolfo. Conductor Christopher Wilkins says, “La Boheme is a story of youthful idealism, first love and the coming of springtime. I am thrilled that we can feature a leading pair who embody everything this opera is about. Maria Antunez and Noah Stewart are young, beautiful, and ardent performing artists with the necessary vocal agility and power to deliver these demanding roles.” At this ‘Concert Opera,’ the Orchestra performs on-stage, while the singers interact as they would in a ‘fully staged’ version. For tickets call 407.770.0071 or visit orlandophil.org 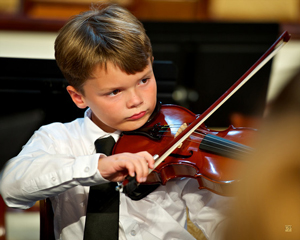 The Metropolitan Area Youth Symphony (MAYS) will celebrate Mr. Jonathan May Day with a free, tribute concert on May 1st. Declared Mr. Jonathan May Day by the Mayor of Orange County in honor of the Central Florida music educator, conductor, and ‘honorary founder’ of the MAYS, the concert concludes the youthful group’s Inaugural Season. “All the MAYS orchestras will perform a program featuring diverse selections of orchestral and chamber music, along with the World Premiere of Robert Kerr’s ‘Elegy’ dedicated to Susan Goldman.” The May 1 performance anticipates the May 14th Orlando Philharmonic concert, which will feature the World Premiere of Daniel May’s tribute to his brother, Jonathan, ‘The Tall and the Small.’ Maureen May, wife of Jonathan, and cellist with the OPO will play the cello in both performances. More than thirty student musicians who were influenced by Mr. May will play alongside the professional musicians during the OPO performance. The MAYS performance is set for May 1 at 3 pm at St. Luke’s Lutheran Church, 2021 W. State Road 426 in Oviedo. Admission is free. For details, call 407.761.5170 or visit MAYSymphony.org. The Orlando Philharmonic concert on May 14, will feature renowned violinist Joshua Bell. That concert will begin at 8 pm at the Bob Carr Performing Arts Centre in Orlando. Call 407.770.0071 or visit orlandophil.org

For the first time in its 30-year history, the Ms. Florida Senior America Pageant will be held in Orlando. The Ms. Senior America Pageant honors women who have reached the “Age of Elegance” (60 and over). It is a search for the woman who best exemplifies dignity, maturity, and inner beauty of all senior Americans. Based on the belief that seniors are America’s most valuable treasure, it is upon their knowledge and experience that younger generations may build a better society. The pageant will welcome Ms. Senior America 2011, Dr. Kimberly Moore from the Virgin Islands and the reigning Ms. Florida Senior America, Jeanette Rosenbaum from Port Saint Lucie, Florida. The ladies compete in personal interviews, talent, evening wear, and a ‘Philosophy of Life,’ with the winner here moving on to compete for Ms. Senior America. The Pageant will be held at 1 PM on Saturday, April 30 at The Rosen School of Hospitality Management (near the Convention Center) in Orlando. Ticket reservations may be made by calling 888.698.8162 or 904.887.8156 or visit senioramerica.org.

The Mad Cow Theatre likes to mix up their fun and entertainment, happily announcing the return of one of their signature events – The 9th Annual Orlando Cabaret Festival. Calling it Orlando’s Home of the Great American Songbook, the Festival features cabaret artists and acts with the Mad Cow playing host to over 40 performances of jazz, pop, Broadway, comedy, and a ‘few surprises.’ Florida’s favorite artists join artists from the New York Cabaret scene as headliners. Jesse Nager, Artistic Director of The Broadway Boys returns to Orlando with Songs I Didn’t Get To Sing. Singer, pianist and songwriter Tony DeSare’s world-wide concert performances have made him one of the country’s hottest young cabaret artists, while identical twins, Will and Anthony Nunziata, called “a dynamic duo with beautiful voices and charming personalities” are the final headliners of the Festival. The Festival will also celebrate Songbooks from the years 1946, 1956 and 1966 in three separate shows. There’s a different line-up every night, with each evening of the Festival offering three different acts – a Cabaret-lover’s dream. Another feature of the Festival is a series of weekday lunchtime performances that last 45 minutes, so that Downtown workers can make it back to their offices within an hour. The Orlando Cabaret Festival runs from April 29 to May 15 at Mad Cow Theatre, 105 South Magnolia Avenue in Downtown Orlando. Call 407.297.8788 or visit orlandocabaret.com for the complete schedule.

From countries throughout the globe, top professional and amateur wakeboarders will converge in Orlando from April 28 to May 1 for the 2011 Nautique Wake Games. The 4-day event, held at the Orlando Watersports Complex, is the largest team wakeboard contest in the world, with over 200 riders competing at the 6th annual Games. All the high-flying, rail-sliding, water-sports action will feature top professionals competing alongside local amateur riders in a unique team formatted Pro-Am wakeboard contest. And the Games are more than big-air maneuvers and ‘gnarly crash landings.’ On land, fans experience food, music, autograph signings, chances to win freebies, and shopping. The ‘Pro-Am’ is the only wakeboarding contest where professional and amateur riders compete together in teams. “Wake Games is such a fun event because you’re on a team with riders of all the different ages and skill levels, working together as a group to win,” says 24-year-old professional wakeboarder JD Webb. The games will be held at the Orlando Watersports Complex at 8615 Florida Rock Road. Visit  kingofwake.com for tickets and a complete schedule.