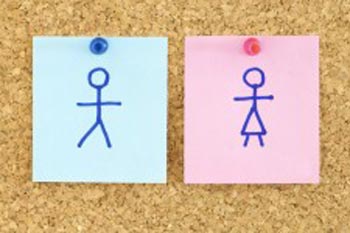 The Flagler County school district is exploring whether to change its policy on sex education. Currently, the policy calls for an abstinence-only sex-ed curriculum–when that curriculum is taught, which is rare. The district is exploring an “abstinence-plus” curriculum that would still focus on abstinence, but expand sex education to include information about sexually transmitted diseases, safe sex, and contraception. The district is looking to the community to gauge how far it may, or should, go with abstinence plus: how early to start teaching the curriculum, for example, and whether to make condoms available in school clinics.

The district in March surveyed students, parents and “community members” (residents who don’t have children in school) about sex education. The surveys invited participants to include their comments, anonymously. Those comments follow, as they were written into the surveys and provided by the school district. Background on the story can be read here.

students should know to be safe

kids under the age of 18 should not be sexually active.

that have sex safe by using condom .

dont have sex to young.

that they should teach about people to have safe sex.

my friends are always scared to say they had sex but i all ways tell them to tell the truth if you trust that person.

sex is dangerous. you can say no to having sex even if u have said yes before. its your life and your body if u don’t want to you dont have to your partner should understand and take that into consideration if he doesnt he is not worth it its your sex life u make the choices have sex when your ready and always be safe – thank you

the girl came onto me, and started kissing me. and there was nothing i could do about it. then it just happened, but i did not think that i was going to have sex, so i just went with it.

I believe this topic is better to be talked about with older students about age 16-18.

kids should be taught about sex offenders

I think in my own opinion that children or teenagers below the age of 18 should be taught about sexual activity and safer ways to have sex if they would like to pursue having sex at their age.

I know children at this age are not supposed to have any sexual experience. But I still think some of this is not right maybe someone has had a sexual experience and just doesnt want to tell.

I personally think that all over, schools should teach students, starting in grade 5, should teach about sexual education.

I think that they should teach us about this when we where in 5th grade since we already had the puberty video and some of us still had questions from then too.

the condoms were too slippery so i didnt wear it
sex is good for stress.

These questions just ask if you had sex and not any other kind of sex!?

i never actually had sex, but i have done sexual things

There are way to many teen girls that have gotten pregnant because they are not that well informed about HIV/ AIDS. If they did know they would know not to have unprotected sex.

i always use a condom, i will always use one until i’m married or want a child

i think that if they do teach people about that to make sure that the people should make sure kids use protection.

For number eight I think schools should teach kids about why not to have sex until older ages like marriage, and how to stay healthy.

I think sex education should be taught at earlier grade levels because kids have a right to know about rather than be shielded from it.

i think kids shouldn’t start until there older

I dont understand why parents get mad at their children when they have sex WITH a condom, but some parents don’t care. I told my mom i wanted a child at 16 and she got mad but she did the same thing when she was 16

We should probably be taught more about the consequences of having sex.

I think we should learn more about sex ed so that if we were to be sexual active then we would know what to do.

i think if we like to do it we should it’s a big deal to parents and other people but not to us.

i think you should not have sex until your married

I think kids should have more education on sex. If they don’t they could get hurt.

I think the teachers should be more open to talking to kids about sex.

I think that we should have sex ed considering the point that girls have become pregnant at school.

I believe you should not have sex until married because that is what the bible says. Intemacy is for you and your spouse not for people who are dating.

Kids shouldn’t have kids. You wait until you are married.

i think that kids once they are in high school should get condoms in case they are raped.

I think we should learn more about sex

People at very young age 9-12 grade should not have sex because it gets them in trouble when they are pregnant.in school that would be but being married when your done with college …. its fine realy aslong as you dont take it outside of marriage.:)

i think that kids should be taught sex ed

You need to teach us more about sex and our health issue.

I think that students should learn about ‘Sex Ed’ during their first year of middle school (or last year of elementary school depending on your school district) because that way the students can learn what not to do and carry it with them for the rest of their middle and high school lives and make the right choices on losing their purity. Students should know better than to have Sex at a young age because the more kids have sex during their teens, the more they are likely to have a horrible (or so) life further after the child is born instead of during marriage.

Teachers should inform children in the 5th grade about sex before they go to middle school. So that there prepared.

I believe that they should force sexual education near 5th grade. Also two 8 th graders got pregnat at my school with highschoolars. So i think the school should start enforcing sexual education.

I think thats its good to be taught about sex because u will make better desisons.

i think that student should be over the age of 15 before they have sex and i think that every school should tell the student about sex in 5th grade and in 7th grade they should make a video about sex (but not a bad video) :)

the schools should teach us how to use condoms just incase for safe sex if children are sexually active.

it was the wrong choice!

you should learn this in grades 9-12

-to to teach the good and bad parts of sex.

we should have sex ed classes

Learning about this is wierd. Too much immaturity

This Generation is so messed up and because of that we should do something about that.

I love to have sex

I would make a speech about everybody in this school about sex.

Most children are having sex by 8th grade, or 9th grade. So to prevent all teen pregnancy, they should have more sex ed. Since most girls getting pregnant around this age dont even fully know the dangers of sex.

get birth control in highschool

give out condoms in middle school

i think that people should use condoms!

First sex class should be in 4th grade. Condoms should be given to sexually active kids. (everyone). 4 of my friends had kids before 15

It shouldn’t be taught till high school and it’s awkard.

you should teacher before grade 6 because some girls have their changes. Also so people are aware of the choices they’re safe and so they know what could happen if you don’t use a condom.

we should have a sex class. kids should be taught at young age!

no glove, no love.

It should be taught to grades 6,7,8. and 9, about sex. I know more than a few kids, that are sexually active.

Should teach people at an early grade level

I aint gone get prego, I dont have to use a “condom”

Students should know wats going down!

Kids are having sex too young. They think its cool. You know you should tell them getting pregnant is REALLY DUMB.

we should learn more about it.

There are way to many babies this is a huge problem that should be stopped!

Kids should know about safe sex. At least 5th grade.

kids at the age of 10 already know about more sex than you think.

schools shouldn’t congratulate someone who has a child.

sex is ok if you want it.

we should have a condom test

I think we should have a class and hand out condoms.

Instead of ONLY saying do not have sex, how about we face reality that we will anyways and you should better prepare us for it.

they should hand out condoms

Don’t judge others. make sure to use condom

I dont think it is a schools responsibility to teach sex ed.

condoms should be easier to obtain

dont make a bad choice. us a condom

I think schools should’ve been taught about sex because so many young girls get pregnant before they reach high school. On top of all of that there is too many STDs around now.

they should have sex class.

you dont want to start this program to young because some kids arent prepared for this yet. Also some kids may think you are trying to get into their personal life so you have to explain yourself well.

I believe Flagler County is behind on the education of sex. Our county’s ignorance to protect kids is futile, we need to teach them early on, so they learn the consequences and effects of sex we should also offer condoms at school to decrease the percentage of pregnancies and STDs.

Would I take a condom? MAYBE? Depends on how I was “OFFERED”?

i think they should make sexual education class.

I think we should have sex Ed because 2 of my friends are pregnant and one just had a baby yesterday. It changed her life and she regrets having sex.

We should be taught about sex education so we can know better when the situation comes to us.

i think they should give us classes on sex.

i wanna talk about it with my mom and see what happens and stuff but I’m to scared so I just asked my friend.

I think its serious, but not everyone does it, so not everyone should suffer from listening to lectures or classes.