Weather: Mostly cloudy. A slight chance of showers in the morning, then a chance of showers in the afternoon. Cooler with highs in the mid 60s. Temperature falling to around 60 in the afternoon. Northeast winds 5 to 10 mph. Chance of rain 40 percent. Saturday Night: Showers likely, mainly in the evening. Lows in the lower 50s. Temperature rising into the upper 50s after midnight. Northeast winds around 5 mph, becoming southeast after midnight. Chance of rain 60 percent.

Golf Cart Inspection Saturday in Flagler Beach: The Flagler Beach Police Department will be hosting a golf cart inspection event at 204 South Flagler Avenue on Saturday, January 21st from 10 a.m. to 2 p.m. A member of the City’s Finance Department will be present to issue golf cart registration decals post inspection approval. Payments can be made by cash or check. First0-time registration cost is $40, renewals are $20. Sorry no credit cards. The following link will take you the the inspection list, or see below. See also: “Divided Flagler Beach Commission Will Require Inspections of Street Golf Carts Every 2 Years.”


Grace Community Food Pantry, 245 Education Way, Bunnell, drive-thru open today from 10 a.m. to 1 p.m. The food pantry is organized by Pastor Charles Silano and Grace Community Food Pantry, a Disaster Relief Agency in Flagler County. Feeding Northeast Florida helps local children and families, seniors and active and retired military members who struggle to put food on the table. Working with local grocery stores, manufacturers, and farms we rescue high-quality food that would normally be wasted and transform it into meals for those in need. The Flagler County School District provides space for much of the food pantry storage and operations. Call 386-586-2653 to help, volunteer or donate.

The Flagler Film Festival returns, and is scheduled for Friday, Saturday and Sunday at the Best Western, 200 Flagler Plaza Drive, Palm Coast. Tickets are $13 per day, $35 for the entire weekend. From its website: “The Flagler Film Festival was formed to showcase the work of new and emerging filmmakers as well as more experienced filmmakers. We believe there are many creative and innovative artists who deserve recognition for their efforts, especially those constrained by low budgets. We believe that sometimes even more creativity is required when a filmmaker has little or no budget with which to create a film. We believe these films should be seen and be recognized for the efforts of the teams that put them together. The writers, directors, crew, actors and all the talented people involved in the production of a film, whether it is a feature or a short, deserve to have a chance to be seen. We are proud to give filmmakers an opportunity to show their work.”


“Rent,” the Jonathan Larson musical, at Flagler Playhouse, 301 E. Moody Blvd. Bunnell. 7:30 p.m. on Friday and Saturday, 2 p.m. on Sunday. Tickets are between $25 and $30. Book here. Set in the East Village of New York City, Rent is about falling in love, finding your voice and living for today. Winner of the Tony Award for Best Musical and the Pulitzer Prize for Drama, Rent has become a pop cultural phenomenon, with songs that rock and a story that resonates with audiences of all ages. Based loosely on Puccini’s La Boheme, Jonathan Larson’s Rent follows a year in the life of a group of impoverished young artists and musicians struggling to survive and create in New York’s Lower East Side, under the shadow of HIV/AIDS. The physical and emotional complications of the disease pervade the lives of Roger, Mimi, Tom and Angel. Maureen deals with her chronic infidelity through performance art; her partner, Joanne, wonders if their relationship is worth the trouble. Benny has sold out his Bohemian ideals in exchange for a hefty income and is on the outs with his former friends. Mark, an aspiring filmmaker, feels like an outsider to life in general. How these young bohemians negotiate their dreams, loves and conflicts provides the narrative thread to this groundbreaking musical. This is theatre at its best – exuberant, passionate and joyous.

‘Honky Tonk Angels’ at City Repertory Theatre, by Ted Swindley, directed by John Sbordone, starring Chelsea Jo Conard, Ben Beck, Robin Neill-Kitaif and Michele O’Neil. At  7:30 p.m. Jan. 13-14 and 20-21, and at 3 p.m. Jan. 15 and 22. (Note: the two Sunday matinee shows are sold out.) Performances will be in CRT’s black box theater at City Marketplace, 160 Cypress Point Parkway, Suite B207, Palm Coast. Tickets are $30 adults and $15 students, available online at crtpalmcoast.com or by calling 386-585-9415. Tickets also will be available at the venue just before curtain time. Borrowing its title from a 1993 album by legendary country songbirds Dolly Parton, Loretta Lynn and Tammy Wynette, “Honky Tonk Angels” is the brainchild of Ted Swindley, creator of the hugely popular “Always . . . Patsy Cline.” Three women with Southern roots, who are variously bored or frustrated or antsy about their lives, decide to pursue their country music dreams in Nashville, and they meet and take up singing at a bar appropriately named Honky Tonk Heaven. See Rick de Yampert’s preview, “Taking the Edge Off, ‘Honky Tonk Angels’ Countrify City Repertory Theatre.”

Notably: Whatever happened to the Concorde, that “masterpiece of contrapuntal aesthetics,” as the Times’s architecture critic Herbert Muschamp described it in July 2000, in the wake of the Concorde crash of Air France Flight 4590 that claimed 114 lives–the plane’s first crash in three decades of operations, and even then, not of its own fault: there was debris on the Charles de Gaulle runway from which it was taking off. a tire blew. Debris struck the plane, triggering the succession of events: fuel line rupture, fuel leak, sparks igniting the leak, fire, crash. It was on this day that Britain and France put the plane in service for the first time, in 1976. It ended its life on Oct. 24, 2003. At $10,000 a ticket, the plane could never make money, even when full. Muschamp again: “The contrast between thin, elongated fuselage and wide, swept-back wings. Between the curve of the wings and the rectangular engines beneath them. The proportions of windows in relation to fuselage. The triangular configuration formed by the needle-point nose and the wing tips (or, when on the ground, the birdlike landing gear). The ugly duckling-into-swan metamorphosis when the drooped nose swings back into place. The Concorde’s elegance arises from these formal relationships. The plane’s beauty is existential. […] The Concorde is French (or half French) in the sense that the Chartres cathedral is French, but the plane’s appeal is global to the extent that French civilization is available to others.” 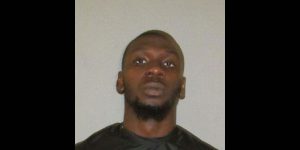 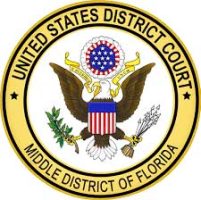 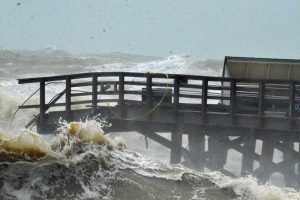 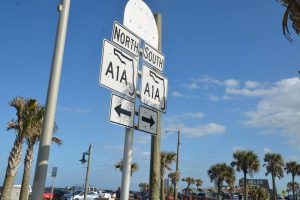