In Court: It’s trial week in felony court, but the docket wasn’t clear about what trials may be held.

The Flagler County Commission meets at 5 p.m. at the Government Services Building, 1769 E. Moody Boulevard, Building 2, Bunnell. This very busy, multi-layered meeting includes the second public hearing where commissioners vote on next year’s tax rate and budget, a process that commissioners upended this year with late-hour votes.  In other business, the commission is expected to approve a long-awaited agreement with the school, district on school-construction planning, and to approve its strategic plan. Commissioners will also consider approving their legislative priorities for next year’s session, and consider eliminating an eagle protection zone in Palm Coast Plantation, following an unusual development that came before the county’s planning board last week. See: “A Non-Existent Eagle’s Nest in Palm Coast Plantation Leads County to Improvise Risky Rule-Making.” The commission will also once again consider land-use matters related to the Radiance development off Old Kings Road, what had been known as Eagle Lakes, and consider approving parking waivers and other land use matters related to the coming development of a BJ’s on State Road 100 near Seminole Woods Boulevard. See: “Building Plans for BJ’s Wholesale Club, Gas Station and Several Stores on SR100 Clear County Board.” Access meeting agendas and materials here. The five county commissioners and their email addresses are listed here.


Notably: French pianist Jean-Efflam Bavouzet has just completed an 11-volume interpretation of Haydn’s complete 62 piano sonatas on the Chandos label, a 13-year project. “I did it with the most intense pleasure,” Bavouzet said in an interview with the New York Times. “Out of 62 sonatas, you have probably 25 indisputable masterpieces that we know, that are on concert programs — not enough, but still. Playing them is wonderful, absolutely wonderful. But they didn’t bring me the same joy as discovering the much less-known sonatas and bringing them to life.” “Haydn wrote all these sonatas almost as a laboratory of musical experience, an IRCAM for its time,” Bavouzet said, referring to the French avant-garde institute that Pierre Boulez founded in 1977. “These were a place where he could experiment and see what works.” 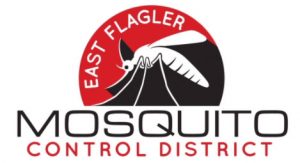 “Within forty years, Baghdad had become the storied and romantic place it would forever be in popular imagination. Under enlightened, poetry-loving caliphs like Harun al-Rashid, Mansour’s grandson, Baghdad attracted scholars from all the domains of Islam, in keeping with Muhammad’s teaching that educated men are next to the angels and that “the scholar’s ink is more sacred than the blood of martyrs.” Mansour’s prediction that his city would be a crossroads had come true, and wealth accumulated from caravan trade arriving from each of the four directions. Poets who pleased the caliph might have pearls poured upon them; concubines for his harem sold for tens of thousands of gold dirhams. A Chinese method for making paper from flax and hemp appeared in the Middle East at about the time of the city’s founding, and the new technology produced books in quantities impossible before. Almost everybody in ninth-century Baghdad could read and write. While Europe still moiled in its Dark Ages, Baghdad was a city of booksellers, bathhouses, gardens, game parks, libraries. Harun al-Rashid was the first chess-playing caliph; Baghdadis also played checkers and backgammon. Translators took Greek works and rendered them into Arabic, in which they were preserved to be translated into European languages several centuries later.”