Florida Master Gardener Plant Clinic at the Flagler County Public Library, 2500 Palm Coast Pkwy NW, Palm Coast, 9:30 to 11:30 a.m. Have a question or need to diagnose a plant or pest problem, come see the Master Gardeners at the library. The clinic will be held the last Saturday of every month in the lobby.

Tribute Band Ticket to the Moon and the FYO String Quartet will present a tribute to Electric Light Orchestra at 7:30 p.m.  at Flagler Auditorium, 5500 E. Highway 100, Palm Coast. Tickets are $50, $40 and $30, available at the auditorium box office or online at flaglerauditorium.org. Members of the Flagler Youth Orchestra and their families will have received an email from the organization with a discount code for $10 off the $30 tickets. Information: 386-437-7547. See the preview: “ELO Meets FYO as Band’s Strange Magic Electrifies Flagler Auditorium With Flagler Youth Orchestra.”

G.I. Jane Potluck For Lady Veterans: 3 to 6 p.m. at Cornerstone Center, 608 E. Moody Blvd, Bunnell Florida. Are You a Local Lady Veteran? Would You Like To Meet Other Vets? Would You Like To Know What Kind Of Benefits You Qualify For or What Medicinal Options You Have? We Are Hosting a Potluck Meal, for Lady Vets to Bond With Other Veterans, Get Informed on Benefits Available To You as Well as Alternative Options. So Support & Invite Your Veteran Family Members and Friends to Cornerstone Center in Bunnell For This Great Event!

Notably: On this day in 1925 we find this brief article at the bottom of Page One in The New York Times: “Two boys, brothers, 11 and 13 years old, both pupils of Avon Avenue Public School in Newark, are isolated at the Essex County Hospital at Soho, Belleville, N. J., suffering from leprosy. The patients are Hale and Frank George, sons of Mr. and Mrs. Francis George of 184 Peshine Avenue, Newark. On June 12 a school nurse in examIning Frank discovered that he had a peculiar skin disease. The boy was examined by Dr. E.D. Newman of the Newark Memorial Hospital and the disease diagnosed as leprosy. When Hale was examined it was discovered that he, too, was suffering from the same disease. The boys were immediately sent to the Hospital and isolated. School authorities caused the classrooms in the school to be fumigated. Books and other paraphernalia were burned. Other children of the couple and pupils in the school were examined as a matter of precaution.”

As if that wasn’t enough trauma for the family, the article goes on: “The George family came to this country from Bermuda about six years ago. The father of the family is not a citizen, and instead of making plans to have the patients sent to the leper colony at Carville, La. [that leprosarium, the only one in the United States, was open from 1894 to 2005] the health authorities are seeking the aid of the Federal Government to have the family deported. Dr. George Holmes, Superintendent of Schools, said yesterday that he was of the opinion that danger to other pupils or persons who came in contact with the two victims was “extremely slight.” Dr. Newman, in reviewing the case, said that there was not much danger in this climate of contagion. There never had been a case of leprosy developed in the North among white persons who had not been in a leprosy-breeding climate. It was his belief that the boys had become afflicted in Bermuda and carried the disease here with them.”

Needless to say, the article’s claim that white northerners could not get leprosy was false. Patients were deported to Carville because of the stigma, not because the threat was a threat to others: 95 percent of humans cannot get leprosy, but some have a genetic predisposition. Once interned in Louisiana, they were forced to change their name. Much of this deplorable history is told in the sadly fascinating video below, where we also learn of a late 19th century leper colony in Hawaii run by the then-Hawaiian government, though it was not as confining or involuntary as Carville. Then again, it was at Carville that the cure for leprosy was found: the disease is now easily curable, and has been since the 1960s, with the first treatments administered in the 1940s. 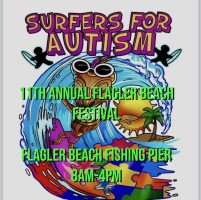 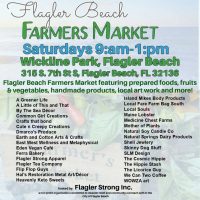 For days during the rain she did not speak out loud or read a newspaper. She could not read newspapers because certain stories leapt at her from the page: the four-year-olds in the abandoned refrigerator, the tea party with Purex, the infant in the driveway, rattlesnake in the playpen, the peril, unspeakable peril, in the everyday. She grew faint as the processions swept before her, the children alive when last scolded, dead when next seen, the children in the locked car burning, the little faces, helpless screams. The mothers were always reported to be under sedation. In the whole world there was not as much sedation as there was instantaneous peril. Maria ate frozen enchiladas, looked at television for word of the world, thought of herself as under sedation and did not leave the apartment on Fountain Avenue.