In Court: Circuit Judge Terence Perkins hears pleas, imposes sentencings and holds status hearings for much of the day.

The Flagler County Commission meets at 9 a.m. at the Government Services Building, 1769 E. Moody Boulevard, Building 2, Bunnell. The commission is expected to appoint Jorge Salinas, the deputy county administrator or chief of staff, as the county’s E911 coordinator. The county is also seeking a GIS-mapping grant for the 911 system. The 911 system is run by the sheriff’s office. See the full agenda here.

Flagler County Fair’s 4H and FFA Youth Livestock Show and Sale: The 4H and Future Farmers of America Youth Livestock Shows and Auction begin at 6 p.m. at the county fairgrounds, 150 Sawgrass Road, Bunnell. 4H and FFA Exhibits inside cattleman’s hall. These events showcase the present and future of Florida agriculture. They bring out the best in tomorrow’s farmers with 4-H and FFA livestock competitions as well as a variety of other exhibits and displays.

Notably: It is Maya Angelou’s birthday (1928). She died in 2014. In her eternal words, from The Heart of a Woman: “I wanted to be a wife and to create a beautiful home to make my man happy, but there was more to life than being a diligent maid with a permanent pussy.” She died in 2014. I’m not sure I could find an equally zesty quote from Marguerite Duras, drussillesque though the French writer and screenwriter (“Hiroshima, mon amour”) was. “Duras, now, is an important writer,” Barbara Probst Solomon wrote in partisan Review in 1987. “She writes in many different voices and modes, and I take all of them seriously, including the political, which I believe ill thought-out, and at times appalling. It is precisely because I accept her urgency, and her literary skill, that I feel it is so important also to say, look here, at times, this or that is wrong, immoral or utter nonsense.” Duras died in 2016. 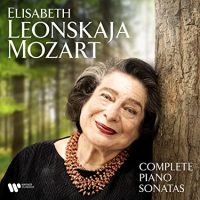 Now this: Elisabeth Leonskaja has just released her performance of Mozart’s complete piano sonatas. The complete six-CD set for a mere $25 at soon-to-be-unionized Amazon. Michael Beek writes in his review for BBC’s Music magazine: “As we move from the relatively simple charms of an exceptional composer in his late teens (the set of six, K279-84) through experimentation and greatness to the last sonata, necessarily simple to suit a young princess but so perfect and at one with the world, the lucidity, articulation and colouring are always a joy, and have a perfect recording to match. You register the delight Mozart shows in ringing decorative changes on rococo tropes, the ambition of placing an adagio first, for the E flat Sonata K282, where Leonskaja reaches for the pure tender essence, and of ending the set with a Theme and Variations (the seemingly effortlessness continuity, one variation flowing into another, is breathtaking). Not so very much later, chronologically speaking, Mozart’s powerhouse of ideas in the opening movement of K309 has irresistible forward movement but never anything overdriven; Leonskaja always treads the tightrope between prettiness and excessive emphases.” Here’s a sample.

“The war​ in Ukraine has served, among other things, as a reminder of the attitudes of many in the West to the suffering of black and brown people. Implicitly and explicitly, politicians and commentators have made clear their disparagement, their ignorance, their casual cultural supremacy. ‘This isn’t a place, with all due respect, like Iraq or Afghanistan that has seen conflict raging for decades,’ CBS’s Charlie D’Agata said on air. ‘This is a relatively civilised, relatively European – I have to choose those words carefully, too – city, where you wouldn’t expect that, or hope that it’s going to happen.’ Putting to one side the millennia of civilisations in Iraq and Afghanistan, what’s striking here is the attribution of the chaos and destruction of war to the inhabitants of those countries and not to the ‘civilised’ foreign aggressors who have used them as theatres for their proxy wars. Baldly racist statements of this sort (and there have been many) don’t try to disguise their underlying assumption: that ‘civilisation’ is something white people do, and that conflict beyond ‘European’ borders is the natural state of things. ‘War is no longer something visited upon impoverished and remote populations,’ Daniel Hannan wrote in the Daily Telegraph. ‘They seem so like us. That is what makes it so shocking.’ On BFM TV in France: ‘We’re not talking about Syrians fleeing the bombing of the Syrian regime … We’re talking about Europeans leaving in cars that look like ours to save their lives.’ On ITV: ‘This is not a developing, Third World nation. This is Europe!’ It needs saying, again and again, that this rhetoric is racist, imperialist and extremely dangerous.”