From FSView: “Florida State Sen. Greg Evers, R-Baker, recently filed SB 234, which would allow individuals to carry guns on Florida college and university campuses. The bill would change a current law that bans guns on all school campuses and allow licensed gun owners to “open-carry” their weapons, allowing those with concealed weapons permits the right to carry handguns in full view, right onto college and university campuses. According to Sen. Evers, allowing guns on campus and allowing for the “open-carry” of such weapons, would improve public safety. “I have no reservations about pushing the bill; we are one of four states that doesn’t have open carry,” Sen. Evers said in an interview with the Tallahassee Democrat. “It’s the right thing to do.” […] Reportedly, Evers, who is indisputably backed by the National Rifle Association, may also have an ally in Florida Gov. Rick Scott, who supported the measure on the campaign trail. SB 234, however, would still uphold some current gun regulations. Under the proposed legislation, individuals would be prohibited from carrying a weapon within a police station, courthouse, elementary, middle and high schools. It would however, allow judges to carry weapons within their own courtrooms. Those who oppose the bill, however, including several police chiefs within Florida’s universities, say that allowing guns on campus would only heighten the potential for accidents and cause imminent danger. […] Currently, every state except Utah either bans guns on campus or allows the individual schools to decide on their own regulations. FSU has a no-tolerance policy for guns on campus. […] The recent accidental shooting death of FSU student Ashley Cowie, reminded individuals that sometimes, even the law does not stop the unlawful and arguably, irresponsible possession of weapons. Individuals like Perry said a university environment is never the appropriate place for weapons.” The full story. 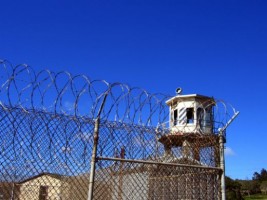 From a Palm Beach Post editorial: “This week, the Legislature will be told how Florida can stop spending too much on prisons and getting too little back for its investment. Today, two Senate committees that deal with criminal justice policy and spending will hear from reformers advocating that Florida join a national movement toward what has been called Smart Justice. On Tuesday, the members of the Senate Committee on Criminal Justice will get the same message. Among the statistics they will hear are: In 2000-01, 38 percent of new prison inmates had been convicted of crimes less serious than a third-degree felony, which comes with a maximum 5-year sentence. It is the least serious felony. Anything less is a misdemeanor. In 2008-09, 47 percent of new inmates had been convicted of those less serious crimes, many of them non-violent. […] Roughly one-third of inmates who are released return to prison within three years. That rate has varied little over the past decade. But only 1 percent of the Department of Corrections budget is spent on programs to reduce what is called recidivism. […] Beginning in 1983, with the establishment of sentencing guidelines and the elimination of parole, Florida has focused on putting people in prison. Next came habitual offender laws and the elimination of “gain time” – earlier release because of good behavior. In 1995, the Legislature required that inmates serve at least 85 percent of their sentences. Then Jeb Bush brought 10-20-Life for crimes with a gun. And while Florida’s crime rate has fallen over the past decade, other states have adopted Smart Justice policies, saved money and seen crime rates continue to decline. […] Florida TaxWatch calculates that flexibility in the 85-percent rule could save $53 million a year. A slight change in sentencing guidelines could save $31.4 million. Greater use of electronic monitoring could save $43 million.”

From the Daily Show: 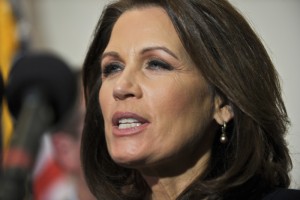 From Military Times: “Tea party favorite Rep. Michele Bachmann, R-Minn., has unveiled a plan for cutting $400 billion in federal spending that includes freezing Veterans Affairs Department health care spending and cutting veterans’ disability benefits. Her proposed VA budget cuts would account for $4.5 billion of the savings included in the plan, posted on her official House of Representatives website. Paul Sullivan, executive director of Veterans for Common Sense, said cutting veterans’ health care spending is an ill-advised move at a time when the number of veterans continues to grow as troops return from Iraq and Afghanistan. Sullivan said he finds it difficult to see how VA could freeze health care costs without hurting veterans. “It is really astonishing to see this,” he said. In a statement, Bachmann said her plan is intended for discussion purposes as an example of ways to cut federal spending to make it unnecessary to increase the current $14.3 trillion limit on the amount the U.S. government can borrow. […] Her list of cuts doesn’t explain the impact of freezing veterans’ health care funding, but the Congressional Budget Office said in a report issued in October that health care costs have been quickly increasing. VA’s health care budget was $44 billion in 2009, $48 billion in 2010 and is at $52 billion this year. The report forecasts a health care budget of $69 billion or higher by 2020 if trends continue, the report estimates. Bachmann’s idea of cutting costs by reducing veterans’ disability compensation by the amount received in Social Security Disability Income is not new. The proposal, which would affect more than 150,000 veterans, has long been on a list of possible budget options prepared by the Congressional Budget Office, which describes the option as a way to “eliminate duplicate payment of public compensation for a single disability.” The average SSDI benefit is $12,800 a year, according to CBO.” The full story.

Internet Up, Newspapers Down 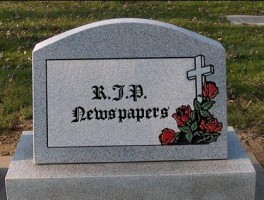 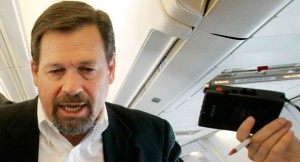 From Politico: “The reporters who covered the presidential campaigns of John McCain know all about Saltergrams: Scornful, knowing missives intended to rebut their coverage and to expose the corrupt Washington culture that produced it. Most of these e-mails have remained private, but some made it into print. When McCain signed a sarcastic 2006 letter to then-Senator Barack Obama, describing himself as “embarrassed” that he’d “failed to interpret your previous assurances as typical rhetorical gloss routinely used in politics to make self-interested partisan posturing appear more noble” – that was a Saltergram, drafted by McCain’s speechwriter and closest aide, Mark Salter. When the Huffington Post published a caustic response to booing and criticism of McCain by anti-war students under the heading “Top McCain Aide Insults Entire Graduating Class,” that was a Saltergram. And now, if Time magazine’s Mark Halperin is right, Washington has been hit by the biggest Saltergram ever, in the form of an anonymous, 353-page campaign novel titled, “O: A Presidential Novel.” […] He rose to the pinnacle of politics as McCain’s friend and adviser, and was lionized by a press that idealized his disgust with them. Never a particularly cheerful character, Salter has been down since the 2008 campaign, friends said, and thinking about a career change.” The full story.