How Martin Luther King Winged It

Martin Luther King is synonymous with his 1953 “I Have a Dream Speech” from the steps of the Lincoln Memorial. Yet that speech was never written. It was an improvisation. He had a speech in front of him. He abandoned it. And he winged it. Clarence Jones, one of his speechwriters, recalls the day in a Washington Post Column:

“I remember when it was all over but the final act. As I stood some 50 feet behind the lectern, march Chairman A. Philip Randolph introduced Martin, to wild applause, as “the moral leader of our nation.” And I still didn’t know how Martin had pulled the speech together after our meeting. After Martin greeted the people assembled, he began his speech, and I was shocked when these words quickly rolled out:

It is obvious today that America has defaulted on this promissory note, insofar as her citizens of color are concerned. Instead of honoring this sacred obligation, America has given the Negro people a bad check. 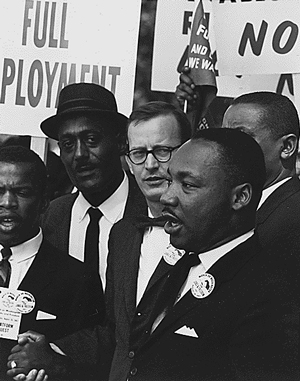 Martin was essentially reciting the opening suggestions I’d handed in the night before. This was strange, given the way he usually worked over the material Stanley and I provided. When he finished the promissory note analogy, he paused. And in that breach, something unexpected, historic and largely unheralded happened. Martin’s favorite gospel singer, Mahalia Jackson, who had performed earlier in the day, called to him from nearby: “Tell ’em about the dream, Martin, tell ’em about the dream!” Martin clutched the speaker’s lectern and seemed to reset. I watched him push the text of his prepared remarks to one side. I knew this performance had just been given over to the spirit of the moment. I leaned over and said to the person next to me, “These people out there today don’t know it yet, but they’re about ready to go to church.” What could possibly motivate a man standing before a crowd of hundreds of thousands, with television cameras beaming his every move and a cluster of microphones tracing his every word, to abandon the prepared text of his speech and begin riffing on a theme that he had used previously without generating much enthusiasm from listeners?

Before our eyes, he transformed himself into the superb, third-generation Baptist preacher that he was, and he spoke those words that in retrospect feel destined to ring out that day:

In front of all those people, cameras, and microphones, Martin winged it. But then, no one I’ve ever met could improvise better. The speech went on to depart drastically from the draft I’d delivered, and I’ll be the first to tell you that America is the better for it. As I look back on my version, I realize that nearly any confident public speaker could have held the crowd’s attention with it. But a different man could not have delivered “I Have a Dream.” Some believe, though the facts are otherwise, that Martin was such a superlative writer that he never needed others to draft material for him. I understand that belief; fate made Martin a martyr and a unique American myth – and myths stand alone. But admitting that even this unequaled writer had people helping him hardly takes anything away. People like Stanley, Mahalia and I helped him maximize his brilliance. If not, why would Mahalia interrupt a planned address? She wasn’t unhappy with the material he was reading – she just wanted him to preach. That he did. You only have to hear the recording of even a handful of the words from his speech and, for the rest of your life, when you read it you will hear his signature cadence.” The full column.

From Daily Beast: “In the four-plus decades since Martin Luther King, Jr. was assassinated, America has surely moved closer to a country where people are judged more by content of their character than the color of their skin—or their gender, religion or sexual orientation. In honor of today’s national holiday, and mindful of the debate fostered by the massacre in Tucson nine days ago, The Daily Beast sought to examine which states are the most tolerant, devising a thorough point system that measures each state’s residents based on their actions and opinions, as well the scope of state laws guaranteeing equal rights and protections, which reflects the broader political will. Specifically, for each state we considered the number of hate crimes according to the FBI, the extent of hate-crime statutes, the number of complaints of discrimination filed through the Office of Fair Housing and Equal Opportunity, the extent of fair-housing and fair-workplace laws, the percentage of residents that support same-sex marriage, the extent of legal rights for same-sex couples, and the percentage of residents that are accepting of various religions. Each state was given a score out of 100 points. Ties were broken based on hate-crime statistics—if the total points matched, the state with fewer hate crimes in the last year ranked higher.”

Most tolerant: Wisconsin, followed by Maryland, Illinois, Pennsylvania, Hawaii, California, Minnesota, New Jersey, New Hampshire and New Mexico. Not surprisingly, all, with New Hampshire’s occasional exception, solidly blue, liberal states–liberal in its most classical sense being synonymous with tolerance. And here’s how Florida fared, at #15:

Next on Wikileaks: Tax Cheats

From The Times: “A former senior Swiss bank executive said on Monday that he had given the WikiLeaks founder, Julian Assange, details of more than 2,000 prominent individuals and companies that he contends engaged in tax evasion and other possible criminal activity. Rudolf M. Elmer, who ran the Caribbean operations of the Swiss bank Julius Baer for eight years until he was dismissed in 2002, refused to identify any of the individuals or companies, but he told reporters at a news conference that about 40 politicians and “pillars of society” were among them. He told The Observer newspaper over the weekend that those named in the documents come from “the U.S., Britain, Germany, Austria and Asia — from all over,” and include “business people, politicians, people who have made their living in the arts and multinational conglomerates — from both sides of the Atlantic.” […] Wearing the same dark blue suit he has worn through his legal battles, Mr. Assange said that WikiLeaks would verify and release the information, including the names, in as little as two weeks. He mentioned possible partnerships with financial news organizations and suggested he would consider turning the information over to Britain’s Serious Fraud Office, which investigates financial corruption. […] Mr. Assange said in London on Monday, financial institutions usually “operate outside the rule of law” because of their economic power. WikiLeaks itself has been “economically censored,” he said, by companies like Visa and MasterCard, which stopped processing donations to it late last year in response to its release of hundreds of thousands of classified United States documents on the wars in Afghanistan and Iraq and thousands of State Department cables. WikiLeaks, perhaps signaling a new focus, has also said it would release information from an American bank, thought to be from a Bank of America executive’s hard drive, early this year. But, Mr. Assange said, the site is not fully “open for public business” owing to the weight of the existing leaks it is struggling to process.” The full story.

Forget FlaglerLive. Forget Patch (see the item below). Forget The New York Times. The Daily Show aside, there is no better news source than this. 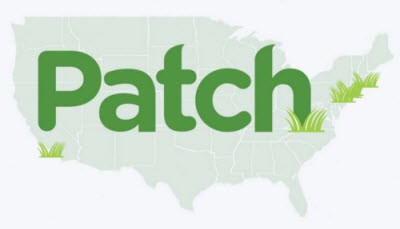 They’re lining up to take a piece of the local pie. So far, Patch in Florida has sites in 12 cities and counting. From The Times: “Over the last year and a half, AOL, the former Internet colossus, has spent tens of millions of dollars to build local news sites across the country through Patch.com. The idea is that the service would fill the gap in coverage left by local newspapers, many of which are operating on a string after declines in advertising revenue. Patch has already set up shop in nearly 800 towns. By the end of this year, it expects that to be in 1,000 — each one with an editor and a team of freelance writers. Traffic on individual sites is low; former editors say that the average post attracts just 100 views and that they considered 500 page views a wild success. But the overall traffic is growing quickly. Yet over the years, a number of so-called hyperlocal news sites have failed, and the idea is largely unproved financially. […] At the same time, Patch faces competition from Yahoo, Google and local news companies, all vying for a piece of local online advertising — gift shops, plumbers, regional hospitals, car dealers — which is expected to reach $15.9 billion this year, according to Borrell Associates, a market research firm. […] Patch’s expansion has not come cheap to AOL. Last year alone, the company said, it spent up to $50 million. […] Patch’s news coverage varies in its depth. The sites for some towns are full of articles, while others are largely filled with inconsequential briefs.” The full story.

“We Are Palm Coast”

Kelly Lohman put together a stills video montage of the shout-out to David Letterman from Town Center last weekend, when Renny Roker and Palm Coast organized their “Joy Ride.” The ride itself drew less than the anticipated numbers, but before bikers took to the trail, scores gathered in front of cameras at Central park to thank Dave Letterman for “discovering” Plam Coast in a small-town news segment last year and shout back “We Are Palm Coast.” Roker tells us by email this is the first of several Youtube videos to come. Whether Letterman takes notice is the question, but they want their video clicked on, so click away,