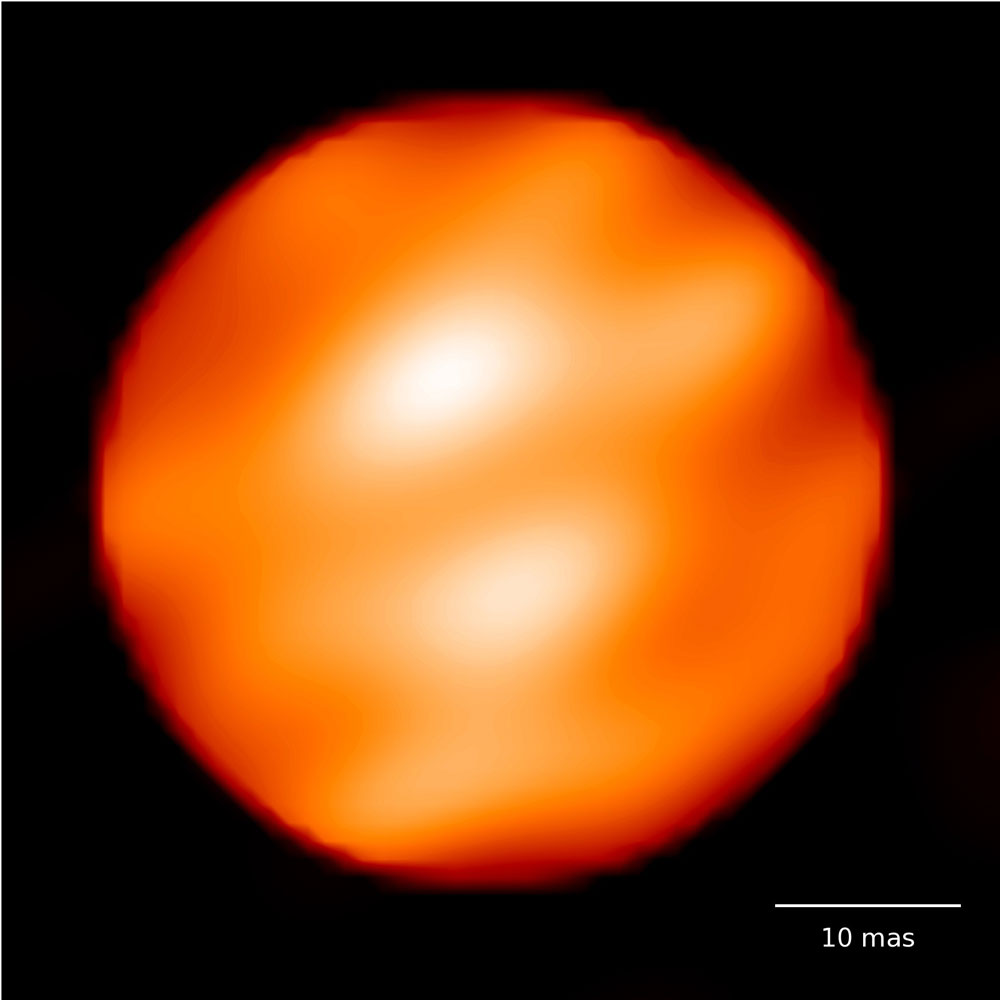 Betelgeuse really is a big star. If placed at the center of our Solar System it would extend to the orbit of Jupiter. But like all stars except the Sun, Betelgeuse is so distant it usually appears as a single point of light, even in large telescopes. Still, astronomers using interferometry at infrared wavelengths can resolve the surface of Betelgeuse and reconstructed this image of the red supergiant. The intriguing picture shows two, large, bright, star spots. The spots potentially represent enormous convective cells rising from below the supergiant’s surface. They are bright because they’re hotter than the rest of the surface, but both spots and surface are cooler than the Sun. Also known as Alpha Orionis, Betelgeuse is about 600 light-years away. (From Nasa’s Astronomy Picture of the Day).