For the past three years, Flagler Palm Coast High School’s Student Government Association (SGA) has organized a family dinner a week or so before Christmas to raise money for families that might not be able to afford all the Christmas festivities on their own. A spaghetti and meatballs dinner (along with other pasta favorites) is served for just $3 a person, with members of the SGA preparing the food themselves at home, and Santa is there in his sleigh, with elves, to listen to children’s requests and take pictures with them. Wednesday evening’s dinner raised $300, faculty adviser Cheryl Perry said (Perry is also FPC’s activities director). The association will likely buy three $100-gift certificates to one of the larger supermarkets in town, and hand out the certificates to families in need known to the students or the school.

The SGA isn’t done: on Friday evening, from 6 to 8 p.m. at FPC’s gym, the SGA is hosting another fund-raiser, this one dubbed its “Yoga AIDS Project”: three or four professional yoga instructors will provide free and various types of yoga instruction to anyone who shows up (with or without yoga mat: if you don;t have your own, one will be provided for you). The SGA is taking two types of donations: canned foods, which will be contributed to a local food bank, or cash, which will be contributed to a national yoga aids benefit organization. 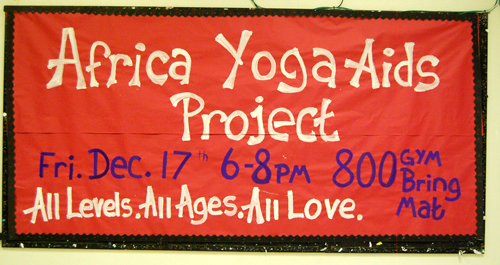 From the indispensable Florida Independent: “WikiLeaks continues to roll out secret diplomatic cables from its cache of a quarter million such communiqués, revealing late Wednesday that energy giant BP dealt with a blowout following a gas leak in the country of Azerbaijan 18 months before the Deepwater Horizon oil rig exploded in the Gulf of Mexico. The news comes on the heels of the Justice Department’s announcement that it has filed a civil suit against BP along with eight other companies for violating the Clean Water and Oil Pollution acts, as well as seeking unlimited damages beyond the $30 billion BP has already paid for clean-up efforts and compensation of those affected by the spill. […] Another cable revealed that BP acknowledged it had narrowly avoided a larger catastrophe by successfully evacuating the 212 workers in Azerbaijan before the blowout, as well as recognizing the fact that the incident was little-reported by the mainstream media. […] Yet another cable, sent shortly after the accident, highlights the criticism leveled by BP’s partners in the region about the U.K.-based company holding back information — something U.S. authorities have said BP was guilty of following the blowout in the Gulf of Mexico last April.” The full story.

Are Developers Greedy or Misunderstood? 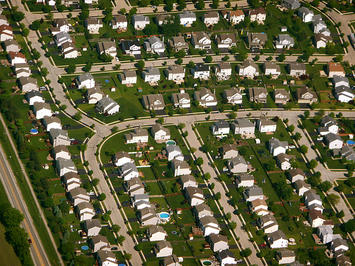 From New Geography: “It’s not just the politicians of course. Many regulators and planners, if you believe the horror stories, have taken an adversarial stance to development assessment whereby the developer is regarded with suspicion from the outset. The regulators don’t see themselves as facilitators of new activity but as ‘growth managers’ exercising every precautionary principle known in a bid to slow, curtail, check and re-check the consequences (real or imagined) of a proposal. […] Why is it that developers just can’t win? I’ll venture a theory that many readers won’t like. Developers are too meek, too obsequious, too prepared to be thrashed with a wet lettuce and succumb. With rare exceptions (Stockland’s Matthew Quinn is one) developers rarely comment publicly about the problems imposed on the industry by excessive and growing regulatory burdens. The allegations of land banking, of profiteering, greed, opportunism, social irresponsibility and environmental vandalism are too infrequently challenged in the public domain. Some blame no doubt lies in the politicization of development assessment: development is no longer an exercise in market and land economics, but a political game. Political intervention in planning schemes and the ability to kybosh proposals means that developers need to be acutely sensitive to political trends. Throwing back the facts and arguing the case publicly may not win political friends, and developers certainly don’t need any more political enemies. But what that means is that as more mud is thrown, more mud sticks.” Keep in mind: he’s referring to developers in Australia. It’s a little different in the United States, and particularly in Florida, where the tables tend to be turned. The full story.

We Don’t Do PR. We Do News. How to Get Around PR Schemes

Worth every word. From the Reno News & Review tell it just as well: “Governor-elect Brian Sandoval’s spokesperson Mary-Sarah Kinner last week called this newspaper to express her indignation that a Reno News & Review reporter would ask the governor-elect questions after a church service. Bothering the soon-to-be governor after church, outside the building—not during the service, mind you—was somehow morally repugnant to her. Well, how ’bout that? There’s a journalistic axiom that says ethical journalists generally don’t talk about someone without talking to them. It’s an ethic that public relations experts know well: If a reporter calls to interview your client, you can often avoid uncertain coverage by stalling the reporter. Out of fairness, the reporter may not write a story until he or she gets a quote from the subject of the story. If the public relations professional can stall long enough by not responding to the reporter—often without informing the subject of the reporter’s interest—the reporter will move on because he or she has other deadlines to meet. The public relations gatekeeper considers the job well done if the public is not informed and no story is written.

The American public saw a lot of that in the last election. Politicians—think Sharron Angle—ran from the press because reporters could ask questions that would take the discussion of an election horserace story to an actual discussion of issues. Politicians, like their gatekeepers, don’t want to talk about substantive issues in an uncontrolled fashion. So, let’s follow this argument out to its logical conclusion. The reporter directly calls a politician to request an interview. The politician ignores the request. The story is held or is undermined by the lack of the subject’s explanation. Again, the public is uninformed. Now, suppose the reporter does what good reporters do and finds his or her subject in a public place and asks the questions that the public relations professional has tried to block and the politician has tried to avoid. The public relations professional later calls and demands that the newspaper not go to particular public places to ask their client questions. If the newspaper agrees not to go to those public places—without any agreement for access for legitimate questions—the public remains uninformed.

Once again, here’s how the scam works: If the p.r. professional blocks normal channels of access, and the newspaper agrees to forgo other channels, the p.r. professional gets to craft the stories the public reads by choosing when to grant access. It’s a game. The newspaper plays nice and may get access when it suits the gatekeeper. There is really only one loser in this game, which is played out every day in every state in the country: the public. The Reno News & Review was looking forward to the new administration with the hopes that the new staff would be less concerned with hiding information than with enabling access to it, certainly more than the previous administration. This newspaper takes pride in going where the story is to inform our readers. We don’t play games. We don’t do public relations. We do news.”

So You Want To Be a Journalist

The video scaring the gray ladies’ daylight at the New York Times (and every print product from here to Palm Coast Data): 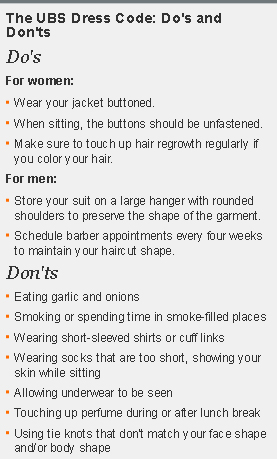 When companies are indistinguishable from police states, though don;t just look at USB: Disney has had one of these all along. From the Wall Street Journal: “First impressions count. This is the message Swiss bank UBS AG is sending its Swiss retail banking staff with a 43-page code dispensing advice on how to impress customers with a polished appearance. Echoing rules applied at Swiss boarding schools, UBS’s guidelines go beyond a list of dress “do’s” and “don’ts” by providing hygiene and grooming tips often dotted with aphorisms worthy of fashion and beauty magazines. The move is part of a test UBS is carrying out in Switzerland across five pilot branches. It follows a recent advertising campaign aimed at re-establishing confidence in the Swiss bank’s brand and mending relations with clients. As if taking a cue from style manuals, which often stress the importance of well-cut basic outfits in neutral colors, the bank expects its retail banking staff to wear suits in dark grey, black or navy blue, since these colors “symbolize competence, formalism and sobriety.” Short skirts are off limits for female staff, who are told the ideal length should reach the middle of the knee. Showy accessories and trendy spectacles are a no-no. The document isn’t short of handy grooming tips. […] Male employees are also warned about using hair dyes to mask their advancing age, since the “artificial color contrasts excessively with the actual age of your skin.”

Is Islam a Religion of Peace?

The question is offensive in itself, not just because it implies that there may be some questions that Islam isn’t a religion of peace, but that other religions are somehow immune from the same question. They’re not. But the same question doesn’t seem to get asked about Christianity or Judaism. Here’s a debate on the Islam question, with professional Islam basher Ayan Hirsi Ali and Douglas Murray on one side, and Zeba Khan and Maajid Nawaz on the other, compliments of Intelligence Squared:

From Lee Byron: “Did you know that the most likely day of the year to be broken up with is the first Monday in December? Perhaps some combination of seasonal affect disorder and a case of the Mondays has warped the idea of you meeting their family over the holidays into something horrid. Consequently, Christmas Day is the least likely day of breakups. If you make it through spring cleaning, watch out for April. April fools, we’re breaking up! No, really… ” Here are two great charts on the matter:

You asked for it: