Will Kent Sharples Be Fired? 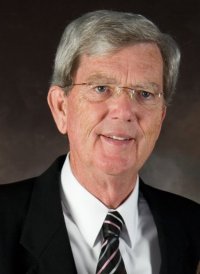 The holidays are approaching fast. That usually means a spate of firings in organizations known for their spite and smaller minds. Daytona State College would fit the bill if Sharples were doing the firing. But the tables have turned. He’s the one on the chopping block this time. His Number 2 man, Randy Spiwak, just announced he was quitting in January. He claims he’s leaving just because he wants to, not because the college administration is mired in a scandal of Kentian proportions over the president’s permissive, profligate ways with the American Music Festival–that weird attempt at giving Daytona Beach a cultural face-lift by putting taxpayers in debt by way of Sharples spending $1.4 million in college dollars on the thing not his to spend. Come Thursday afternoon, the college board of trustees will meet to discuss, among other things, Sharples’ contract, which runs out in 2014 (about the time troops are supposed to begin coming back from Afghanistan; there appears to be no relation). Sharples’ salary, without perks or benefits: just under $300,000, relatively low for an ego his size.

Texting and Cuberbullying: the New Craze

It’s unfortunate that while cyberbullying is, like any form of bullying, a problem, the press is doing nothing to put the problem in perspective by breaking down the numbers and the fears and showing that there is no epidemic here–that cyberbullying in itself is not the issue. Bullying is. Its cyber equivalent is merely a deflectiin from its more common occurrence–at school, in person, on buses. The focus on cyberbullying is ironically taking attention away from those more prevalent forms of bullying (just as the focus on marijuana, say, takes away the focus from the far deadlier effects of cigarettes, or even alcohol). But falsehoods keep seeping out. From the Palm Beach Post: “The increasing trend of cyberbullying-related suicides is apparent. With a newly released Nielsen poll revealing U.S. teens between the ages of 13 and 17 send an average of 3,339 texts per month – one every 10 minutes – the cases of cyberbullying can be expected to increase.”

Really? That’s like suggesting that the more phone calls students were able to make in previous decades, the more bullying would result. There is no such cause and effect. If anything, a student’s possession of a cell phone these days is (forgive the cliche) an empowerment tool: it’s a matter of time before a student emerges as the anti-bully, video proof in hand. The next trend will be the click that catches the bully ion the act, uploaded immediately to YouTube. It’s not as sexy as cyber-bullying as imagined and hyped up by the press. But it’s certainly more useful. The Palm Beach Post column quoted above concludes on a saner, more logical note: “What if parents opted out of texting plans for their children altogether? By eliminating the distraction and the ability to cheat on exams, learning might improve. Teens might improve their ability to handle conflict in socially acceptable ways. Some might even converse more with their parents, rather than texting them, which would help parents read the danger signs. And then there’s the savings. In this economy, saving a few bucks is a good thing. Saving lives is even better.” Unless it removes a useful deterrent from a bullying victim’s hands.

Not a great weekend of fund-raising at all. We’re not even past the midway point of our goal. Come on, grinches. Take out your wallets.

Please do your part. We’re doing ours. We started our own fund-raising through FlaglerLive, seeding it with an initial contribution of $100 and further contributions from the following:

The Flagler County Commission is declaring Nov. 15 Evie Shellenberger Day in honor of the just-retired school board member. Shellenberger served on the school board for eight years. A believer in term limits, she decided in April not to run again. She endorsed Raven Sword as her replacement, but Sword was defeated by John Fischer. The commission’s proclamation recognizes Shellenberger’s 40 years in education, most of it in Flagler, as well as her contributions beyond the school board–as by serving on the Princess Place Citizens Support Organization and promoting the county’s Environmentally Sensitive Lands referendums, which have passed with large margin despite raising taxes (the ESL adds a modest property tax to raise money for land acquisition and conservation).

Reporters Without Borders just released its annual press freedom index (for 2010). Where does the United States rank? Not even in the top 10. At #20, well behind most Western European nations, New Zealand, Japan, the United Kingdom and even Malta and Lithuania. Tops? Finland, Iceland, the Netherlands, Norway, Sweden and Switzerland.

From Reporters Without Borders: “Our latest world press freedom index contains welcome surprises, highlights sombre realities and confirms certain trends,” Reporters Without Borders secretary-general Jean-François Julliard said as his organisation issued its ninth annual index today. “More than ever before, we see that economic development, institutional reform and respect for fundamental rights do not necessarily go hand in hand. The defence of media freedom continues to be a battle, a battle of vigilance in the democracies of old Europe and a battle against oppression and injustice in the totalitarian regimes still scattered across the globe.” And from the repirt: “The initial results of the Obama administration in terms of access to information are disappointing.” The full story.

From Politico: The handsome 39-year-old Florida senator-elect has graced the covers of National Review, the Weekly Standard, Time and the New York Times Magazine. He’s been called “the Great Right Hope” and “the Republican Obama.” Sen. Jim DeMint, Rubio’s key early ally, recently predicted he’d be president within five years. Rubio’s Wikipedia page already has a “Presidential election 2012″ section. No Republican in memory has come to Washington with such fanfare. And none has had so much riding on a successful Capitol Hill rollout. […] The recent precedents for this kind of Senate stardom are both Democrats: Clinton and Barack Obama. Considering their trajectory, their examples don’t lend much credence to Rubio’s advisers’ insistence that he wants nothing more than to be the best possible representative for Floridians of all persuasions, then return to his beloved home to live under the laws he’s made. […] Like Obama, Rubio has the added burden of carrying the hopes of a minority community on his back. And like Obama’s was, Rubio’s rollout must be carefully tuned to avoid overexposure or the impression that the freshman senator might be too big for his britches.” The full story.

Ted Koppel on Bill O’Reilly, Keith Olberman and the Death of News

Is it really fair to compare Keith Olbermann to Bill O’Reilly? Olbermann doesn’t think so: “To present all this as the same is both unfair and injurious to the political system at the moment. One of the big flaws now is that there is all this noise on the right. When I yell there is a reason for it. There is a political and factual discernment behind it. I am not doing it gratuitously.” That’s besides the main point of Ted Koppel’s column in the Post: news as he knew it is dead: “We live now in a cable news universe that celebrates the opinions of Olbermann, Rachel Maddow, Chris Matthews, Glenn Beck, Sean Hannity and Bill O’Reilly – individuals who hold up the twin pillars of political partisanship and who are encouraged to do so by their parent organizations because their brand of analysis and commentary is highly profitable.

“[…] Perhaps it doesn’t matter that we are being flattered into believing what any full-length mirror can tell us is untrue. But when our accountants, bankers and lawyers, our doctors and our politicians tell us only what we want to hear, despite hard evidence to the contrary, we are headed for disaster. We need only look at our housing industry, our credit card debt, the cost of two wars subsidized by borrowed money, and the rising deficit to understand the dangers of entitlement run rampant. We celebrate truth as a virtue, but only in the abstract. What we really need in our search for truth is a commodity that used to be at the heart of good journalism: facts – along with a willingness to present those facts without fear or favor.” Without fear or favor. Read the full column.

And watch this clip from the good old days at Nightline:

Since we went on all with Ted Koppel and the 80s: