The National Coalition Against Censorship and the Dramatists Guild of America sent the following letter to Flagler County School Superintendent Janet Valentine on Nov. 12. in response to the school district’s decision to cancel a student production of To Kill a Mockingbird by Flagler Palm Coast High School actors. See the story here.

We write to express concern about the cancellation of the Flagler Palm Coast High School production of a To Kill a Mockingbird and to urge you to review that decision and allow students to go ahead with the production. We understand the play was cancelled because of concerns about the “offensive language” in the play, namely the use of the word “nigger,” and because the school did not want students to be in the middle of a “highly charged debate.”

The novel on which the play is based is itself taught in Flagler County High School English classes without controversy, and, reportedly, Flagler students have performed parts of it previously in other contexts. There are clearly no doubts as to the value of the work both as a piece of fiction and as a means to introduce students to the history of race relations in the United States. 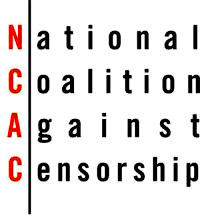 If placing students in the midst of a “highly charged debate” was indeed the school principal’s concern, it is now clear that the cancellation of To Kill a Mockingbird has placed them in a far worse controversy. Whereas going ahead with the production would have created a teachable moment by asking how art can deal with the darker sides of history, now the issue is whether we need censorship to “protect” the community from the painful truths of history. In comparison, a high school production of the same play in Ohio is proceeding smoothly in spite of some objections to the language. Administrators and parents there managed to reach common ground and create a productive teachable moment out of potential controversy.

To Kill a Mockingbird provides a more eloquent condemnation of racism and racial slurs than most parents can offer their children. A play like To Kill a Mockingbird helps a younger generation understand the brutalities of racism and the hatred that accumulates in words. Indeed, we cringe at the use of the “n-word” today – as well we should – precisely because we are aware of its history and of the degradation and tragedy racism has caused. “Protecting” children – or anyone else – from history will only keep them ignorant. As Atticus Finch says in the novel, “There’s a lot of ugly things in this world, son. I wish I could keep ’em all away from you. That’s never possible.”

Presenting the material of the novel in a dramatic context provides students with an engaging, educational experience. By studying and portraying characters, students learn to explore and embody perspectives and life experiences outside of their own. For an audience, productions of this nature can make the material more potent and vivid. At its best, theatre deeply moves audiences to think about the complexities of human experience.

It is true that some of the material addressed in the play may be especially resonant and even painful to some viewers. But this is not an unusual consideration in theatrical productions, and is normally addressed by a disclaimer in the playbill, a sign at the box office, or an announcement at the production warning viewers of the sensitive nature of the material. Anyone who does not wish to confront the material does not have to see the show.

In our experience, controversies of this sort are best handled by enriching the conversation, not restricting it. We suggest that you host a “talk-back” after the performance so the audience can ask questions and perhaps hear from experts on free speech, theatre, history, and literature.

We have come a long way since the events described in To Kill a Mockingbird thanks to an open and often heated debate on civil rights issues – a debate made possible by our national commitment to the free circulation of ideas. It’s a lesson that we forget at our peril.

We urge you to encourage student creativity and civic engagement, and to teach students the skills to discuss opposing views respectfully. We urge you to allow the students to perform the play.