The Live Wire is an experiment. Think of it as a cross between a book of hours and a web version of the doors of perception. You contributions are welcome, in the comments or by email. The previous edition of the Live Wire is available here.

We learned a few moments ago that at 10:50 this morning, Flagler Beach residents delivered a batch of petitions, 450 names in all, asking the Flagler Beach City Commission to consider Bruce Campbell for its next city manager. The petitions were gathered over four days by elderly women in the community, says Art Woosley, a local resident who’s also been behind the push for Campbell. Campbell, a maintenance worker with the city with an extensive resume in private-sector executive management, mostly in Ohio, is one of three remaining candidates the city commission will interview for the second time tomorrow at city hall, beginning at 1 p.m.

When US Soldiers Are Murderers

From ABC News and The Times:

Army Specialist Jeremy Morlock is from Wasilla, Alaska (Sarah Palin‘s hometown). He is accused of taking part in three killings during his deployment in Afghanistan’s Kandahar province. “Other soldiers in the unit told investigators that the accused ringleader, Staff Sgt. Calvin Gibbs, collected fingers and other body parts from Afghan corpses after the killings and said that he had gotten away with similar killings in Iraq,” The Times’ Lede reports. Morlock, Reuters reports, “is the first to be brought before a military court for a so-called Article 32 hearing, in which prosecutors and defense lawyers present evidence to an investigating officer who will determine whether the defendant should be formally tried in a court-martial. If found guilty of all the charges against him, Morlock, could face the death penalty.” ABC News carried a tape of Morlock confessing of his killing an unarmed Afghan man:

The New York Times On the “Hometown Democracy” Amendment

The Times this morning gives a front-page story to Amendment 4, the so-called “hometown democracy” amendment on giving voters a voice in managing long-term growth. “Even now,” The Times reports, “with about 300,000 residential units sitting empty around the state, the push to build continues. Since 2007, local governments have approved zoning and other land use changes that would add 550,000 residential units and 1.4 billion square feet of commercial space, state figures show.”

The Times goes on: For some residents, “the real estate crisis is not just the fault of Wall Street, Washington or misguided borrowers; it is also the back-scratching bond between elected officials and builders — a common source of frustration in weak real estate markets around the country wherever developers are still fighting to add more housing.” […] if approved, the referendum “would end a culture of freewheeling development that began when Hamilton Disston started dredging Florida swamps in the 1880s. Critics, led by chambers of commerce, say the measure would lead to lost jobs, chaos and expensive court battles. Either way, the referendum is bringing into sharp relief the conflict surrounding real estate nationwide: while new homes, growth and the American dream are forever intertwined, many people are questioning why development often overwhelms other public priorities, even after it led to an economic crisis.” The full story.

Jacksonville is becoming a hub of the Oxycodone trade. From the Times-Union: “Since 2007, Florida has been a mecca for Appalachian drug dealers and addicts who stream in by the carload to game the state’s lax drug laws and stock up on oxycodone, Xanax and other potent pills. […] Most of the activity remains in Broward County. But as communities there crack down with stricter enforcement and moratoriums on new clinics, the illicit trade has moved north up the interstate. […] There are now dozens of registered pain clinics scattered throughout Northeast Florida. Some are run by legitimate doctors. The telltale signs of those that aren’t, police say, are armed guards, parking lots filled with out-of-state tags and crowds of people waiting. […] In a six-month investigation, the Times-Union reviewed records that showed 24 doctors affiliated with some of the 56 Jacksonville clinics registered with the state in late July had an arrest history, a major liability claim or a record of professional discipline.” The full story.

We don’t have anything against Alan Grayson. We have everything against this ad, the sort of hack job–literally, considering the tools used in the editing–that make Karl Rove look like a monk from Mount Athos:

From the Sentinel: “The percentage of homes with price reductions has risen to 26 percent of the market compared with 21 percent just three and four months ago, according to real-estate research firm Trulia Inc. Of the homes listed for sale in select Central Florida ZIP codes in early September, the proportion with the wet blanket of a price cut draped over them ranged from 24 percent in Seminole County’s Heathrow development to 53 percent in the city of Casselberry. And the average size of those discounts ranged from 8 percent in Heathrow to 17 percent in the city of Eustis. With the posting of every new “Price Reduced” sign on a street, thousands of dollars in phantom equity disappear. […] Discounts have become commonplace in the Orlando area, a market in which the median sales price fell last month to $99,900 — a 12-year low. A year earlier it had been $128,000, the year before that $200,000, and the year before that $244,000, according to the Orlando Regional Realtor Association.” The full story.

About time. The United States has the shortest school day, and the shortest school year, of any industrial nation. Yet it claims to still be competitive. It’s not always about revamping the curriculum or adding six computers per student. It can be (it is) as simple as addressing the basics. Among them: the school calendar. Obama addressed it on Monday in a Today interview:

“We now have our kids go to school about a month less than most other advanced countries,” the president said. “And that month makes a difference. It means that kids are losing a lot of what they learn during the school year during the summer.” He added: “It’s especially severe for poorer kids, who may not be seeing as many books in their house during the summers. So the idea of a longer school year, I think, makes sense.” During the interview, Obama said he did not think his two daughters, who attend an elite private school in Washington, could receive as good an education in the local public schools.

Last year, in a speech to the Hispanic Chamber of Commerce, he said: “We can no longer afford an academic calendar designed when America was a nation of farmers who needed their children at home plowing the land at the end of each day,” Obama said. “That calendar may have once made sense, but today, it puts us at a competitive disadvantage. Our children spend over a month less in school than children in South Korea. That is no way to prepare them for a 21st-century economy. I know longer school days and school years are not wildly popular ideas, not with Malia and Sasha,” Obama said, referring to his daughters. “But the challenges of a new century demand more time in the classroom. If they can do that in South Korea, we can do it right here in the United States of America.” […] “Despite resources that are unmatched anywhere in the world, we have let our grades slip, our schools crumble, our teacher quality fall short and other nations outpace us.” […] In eighth-grade math, we’ve fallen to ninth place. Singapore’s middle-schoolers outperform ours 3-to-1. Just a third of our 13- and 14-year-olds can read as well as they should.” The full speech.

The great Bertrand Russell, who needed no god for being his own, addresses the matter of god’s existence in this wonderful clip from a 1959 interview, by which time he’d won the Nobel for literature. “It seems to me a fundamental dishonesty and fundamental treachery to intellectual integrity to hold a belief because you think it’s useful and not because you think it’s true,” Russell says. Watch:

From The Times: “Despite two decades of public health initiatives, stricter government dietary guidelines, record growth of farmers’ markets and the ease of products like salad in a bag, Americans still aren’t eating enough vegetables. This month, the Centers for Disease Control and Prevention issued a comprehensive nationwide behavioral study of fruit and vegetable consumption. Only 26 percent of the nation’s adults eat vegetables three or more times a day, it concluded. (And no, that does not include French fries.) These results fell far short of health objectives set by the federal government a decade ago. The amount of vegetables Americans eat is less than half of what public health officials had hoped. Worse, it has barely budged since 2000.” The full story.

Gov. McDonnell Declares Something of an End to Confederate History Month 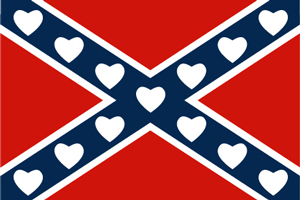 Virginia Republican Gov. Robert F. McDonnell, ridiculed earlier this year for declaring April “Confederate History Month,” is looking for re-electable redemption. April 2011 will be “Civil War in Virginia” month. From the Post: “Speaking at a scholarly conference about slavery hosted as part of Virginia’s commemoration of the 150th anniversary of the Civil War at Norfolk State University, McDonnell called this year’s proclamation an “error of haste, not heart.” “My major and unacceptable omission of slavery disappointed and hurt a lot of people–myself included,” he said.” […] Within days, McDonnell had apologized and reissued the proclamation with a new reference to the “abomination” of slavery. But in brief remarks at Friday’s conference, McDonnell promised next year he will go farther, pledging to issue no proclamation honoring Confederate history, but rather one that acknowledges the broader sweep of the war in Virginia. “One hundred and fifty years is long enough for Virginia to fight the Civil War,” he told the 1,600 attendees of the conference on “Race, Slavery and Civil War: The Tough Stuff of American History and Memory.”” The full story.

Abraham Joseph Ryan (1838-1836) was a Confederate chaplain from Hagerstown, Md., who started a literary magazine after the war, in which he published many poems, among them “The Conquered Banner”:

Take that banner down! ’tis tattered;
Broken is its shaft and shattered;
And the valiant hosts are scattered
Over whom it floated high.
Oh! ’tis hard for us to fold it;
Hard to think there’s none to hold it;
Hard that those who once unrolled it
Now must furl it with a sigh.

Furl that banner! furl it sadly!
Once ten thousands hailed it gladly.
And ten thousands wildly, madly,
Swore it should forever wave;
Swore that foeman’s sword should never
Hearts like theirs entwined dissever,
Till that flag should float forever
O’er their freedom or their grave!

Furl it! for the hands that grasped it,
And the hearts that fondly clasped it,
Cold and dead are lying low;
And that Banner–it is trailing!
While around it sounds the wailing
Of its people in their woe.

For, though conquered, they adore it!
Love the cold, dead hands that bore it!
Weep for those who fell before it!
Pardon those who trailed and tore it!
But, oh! wildly they deplored it!
Now who furl and fold it so.

Furl that Banner! True, ’tis gory,
Yet ’tis wreathed around with glory,
And ’twill live in song and story,
Though its folds are in the dust;
For its fame on brightest pages,
Penned by poets and by sages,
Shall go sounding down the ages–
Furl its folds though now we must.

Furl that banner, softly, slowly!
Treat it gently–it is holy–
For it droops above the dead.
Touch it not–unfold it never,
Let it droop there, furled forever,
For its people’s hopes are dead!